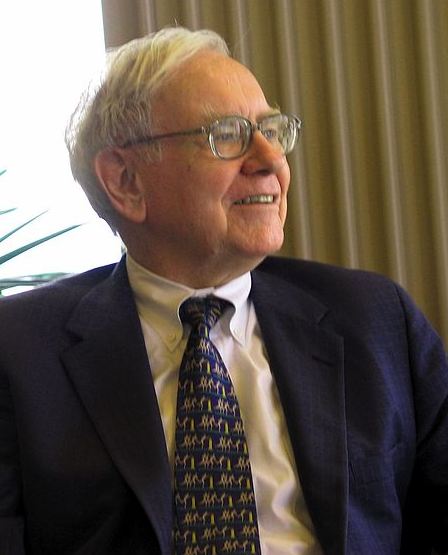 Newspapers, the long-suffering stepchild of the printing industry, received a surprising vote of confidence from one of the most successful investors ever – Warren Buffet. Buffet, generally believed to be the second wealthiest person in America after Bill Gates, is not known for making bad investments. He makes some, but his net worth indicates the preponderance of his moves are smarter than those of just about everyone else. Therefore, his purchase, through Berkshire Hathaway, the company he controls, of 63 newspapers is something of a surprise. The newspaper industry has been in declining health for years, and the rate of decline has only accelerated over the last two decades with the advent of the internet.

Interestingly enough, Buffet spoke quite negatively of newspapers at one of his annual meetings a few years back. He spoke of them facing “nearly unending losses,” and noted how they had lost their primacy for such things as classified advertising, stock prices, and sports scores. Nevertheless, Berkshire Hathaway has owned the Buffalo News for many years, an interest in the Washington Post, and last fall purchased the Omaha World-Herald. Some attributed the latter purchase to sentimentality, Omaha being Buffet and Berkshire Hathaway's hometown. Still, Buffet is not known for sentimentality in his financial investments. That was confirmed by last month's purchase of 63 newspapers from struggling Media General. It seems like a reversal of his past position. The question, then, is why?


A statement released by Buffet doesn't really shed that much light on the question. He was quoted as saying, “In towns and cities where there is a strong sense of community, there is no more important institution than the local paper. The many locales served by the newspapers we are acquiring fall firmly in this mold and we are delighted they have found a permanent home with Berkshire Hathaway.” Buffet delivered newspapers when he was young, and was later more involved in the business, but again, sentimentality does not make for legendary investors. He believes newspapers are still the prime source for local news, and that is probably true, but having lost so much of the rest of their mission, it is unclear that this alone is sufficient to make them profitable. He has stayed away from the large city newspapers, that have been hurt the most, focusing on smaller city and local newspapers where some profits are still to be found. The largest paper of the 63 is the Richmond Times-Dispatch, and he did not purchase Media General's largest newspaper, the Tampa Tribune. All of the papers purchased are from the South, including Virginia, North Carolina, South Carolina, and Alabama.


Naturally, Buffet made what would traditionally be a great deal, provided, of course, you still believe in newspapers. He paid $142 million, which a few years ago would have been a bargain price for these newspapers, perhaps still is. The papers are said to be modestly profitable, and if he can increase profitability, they could be a steal. He also gained control of their digital assets, and perhaps Buffet sees that as being very valuable going forward. Undoubtedly, some of the sweeteners in the deal particularly appealed to Buffet. Berkshire Hathaway will be supplying Media General with a $400 million loan at 10.5% interest, which will be used to pay down existing loans. Just try to find anyone willing to pay interest at 10.5% today. Buffet has also secured “penny warrants” for 4.6 million Media General shares, or 19.9% of the total stock outstanding. He stands to make a nice profit on these, as after the sale was announced, the stock price shot up from $3.14 per share to $4.97, before closing the day at $4.18. A penny for one of those is a good deal; a penny each for 19.9 million even better.


Still, we wonder whether Buffet really believes in newspapers, or saw this as a backdoor way of grabbing a large piece of Media General's broadcast business. Printed books are having a tough time with the competition from electronic readers and digital editions, but newspapers are suffering much more. Some people have predicted most will be gone in another decade. Does Buffet see something in the newspaper business most others do not see, or is he just an 81-year-old man remembering the day when newspapers were the primary source of obtaining news? His generation may still read newspapers, but it is doubtful that his grandchildren do. Knowing what I do of Mr. Buffet, I am confident that he is not some over-the-hill once great investor living in the past. Not Warren Buffet. However, what I don't know is whether he really sees something in the newspaper business, or this is just a play for Media General's broadcast assets, and perhaps the websites of some dying print media outlets.