Mark Burstein & Alice: a World of the Mind 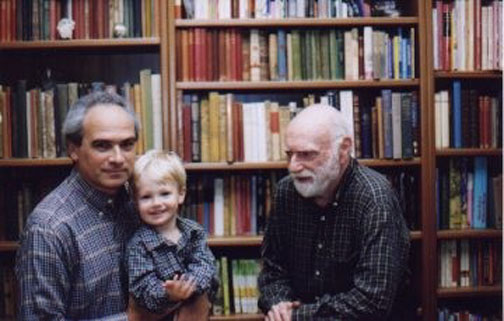 About the time Arlo Guthrie was recording “Alice’s Restaurant,” Mark Burstein was honing his writing skills on his college senior thesis, writing about what would become his life’s passion – Lewis Carroll of Alice’s Adventures in Wonderland and Through the Looking-Glass fame. It is a passion he shares with his father, Sandor, a prolific collector generally and a very determined collector specifically of Carroll for many years. These days, Mark, the fiftyish father of a two-year-old, tends the private garden that is the world of Alice, alive and well these many years since Charles Lutwidge Dodgson, writing under the penname Lewis Carroll, first created the book which lives on today as an industry that, like tin soldiers, marches across the intellectual landscape producing websites, auction events, conferences, magazines, books and arguments.

For the Burstein family it started innocently enough. We find, in an oft-told story, that the senior Burstein was introduced to Alice around 1928 by a kindergarten teacher who was appearing in a play as the White Rabbit. Because truth is stranger than most (but not this) fiction, an article in the San Francisco Examiner in the late 1970s brought the kindergarten teacher, then in her eighties, back to the surface when she read an account of Dr. Burstein’s imbroglio with Alice and identified herself as the inspiratrix of this passion play now in full bloom.

Like many serious conditions, the gestation period was long so it wasn’t until the first symptoms were evident in the son that the father developed the full-blown disease. Hence it was, in the otherwise bland 1970s, the disease came to blossom. If the son’s case is acute, the father’s case is chronic. For Mark this passion has been transforming. His home, his collections, and his avocation come together in the clear and precise focus— Lewis Carroll—and it makes for an interesting life.

Sandor, a collector of many things, took to collecting Carroll seriously more than 30 years ago. His interest would lead, in time, to his becoming president of The Lewis Carroll Society of North America (LCSNA – pronounced lasagna?), which is not to be confused with The Lewis Carroll Society of Canada which has not, and perhaps never will be, anything but physically connected to the United States—if only by a common boundary 3,000 measly miles long. These are two separate and distinct places with associations as different as ducks and dodos and let there be no doubt about it! The U.K., Japan, Australia and New Zealand have also raised the Alice flag, and the word is around that entire portion of the middle east, Africa and South America remain up for grabs. We digress.