Looking Back at Book Prices in 2011 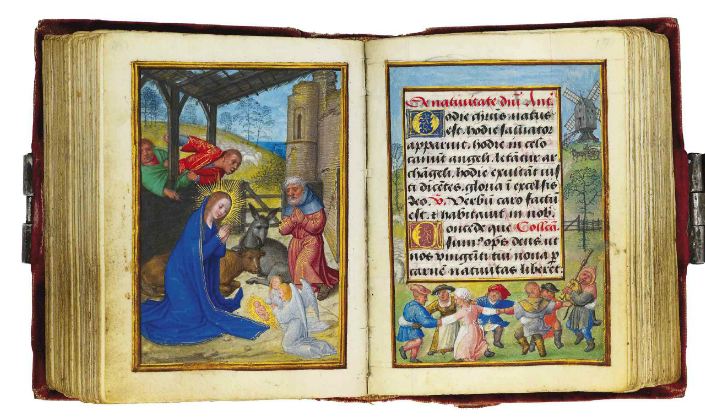 The Imhoff Prayerbook, sold by Christie's for over $2.5 million, was the most expensive book of 2011

The last few years have been economically trying for just about everyone, and book selling certainly hasn't been immune. While precisely what is happening to dealers is impossible to know (most don't talk), auction results are public. And the auction results show a modest recovery in the book market, though some may be surprised. But, numbers don't lie.

The most important number is the median price at auction, the midpoint of all prices for the year. It cannot be easily distorted by a handful of very expensive items. For 2011, that number was $378. That figure is almost identical to that of 2009, and represents a bump off the low point, sometime in 2010. It may not feel like a banner year in the trade as prices are still down substantially from the high water mark in 2007. That year, the median was $486. Nevertheless, it is a step in the right direction, a bounce off of the lows. It is something to build upon.


Perhaps another telling figure is the percentage of lots that sold over and under their estimates. In 2010, 46% of those lots which sold went for more than the high estimate, 30% for less than the low estimate. Last year, the ratio was 46%-31%. That is almost unchanged. This is a sign that the market has stabilized, auction houses are able to make estimates that are met in similar percentages year to year. When the market was growing, in 2007, the ratio was 49%-27%, more sales surprising to the upside, but when market prices collapsed in 2009, the ratio was only 44%-32%. All in all, the numbers indicate to us at worst a stable market in 2011, and possibly a small turn upward.


The leading auction house in terms of number of lots offered in 2011 was easily the German auctioneer Kiefer Buch und Kunstauktionen. Their 26,118 was more than double runners-up Bubb Kuyper of Holland with 12,403, and Bloomsbury of London at 12,049. Kiefer puts up some massive auctions, and while the sell-through rate was under 50%, they still led in terms of lots sold with 11,352. Bloomsbury was next with 8,860.


The highest median price went to the London, King Street location of Christie's at $18,288. Three others made it to five figures, all branches of Sotheby's. New York had a median of $11,250, Paris of $10,275, and London of $10,140. The highest median for an auction house not named Christie's or Sotheby's was Bonham's in Dubai at $5,040, although the volume there was very light.


Large numbers certainly impress, but for those of more modest means, those five figure medians may not be the right place to buy. Seven houses had median prices under $100, including National Book of Ithaca, Keys Fine Arts of Norwich, Antiquarian Auctions of Capetown, Knotty Pine of West Swanzey, Clars of Oakland, JMW of Kingston, and Poulin of Fairfield. Another ten had medians in the $100-$200 range, including Ferraton and Alain & Evelyne Morel de Westgaver, both of Brussels, Oger et Camper and Rossini, each of Paris, Dirk Soulis of Lee's Summit, Burgersdijk & Niermans of Leiden, Bubb Kuyper of Haarlem, Kiefer of Pforzheim, Rupert Toovey of West Sussex, and even Heritage at their New York location. There are lots of places where average collectors can bid. National Book combined the lowest median of $41 and lowest average of $78 with the highest sell-through rate of 99%. Whatever you bid there, if no one else challenges you, you are going to get it. Of the 5,394 items offered, only 27 returned to their shelves.


November was once again the busiest month for book auctions, but May is now a very close second. Interestingly, volume in September, usually a fairly slow month, shot up this year. Fall is always the busiest time of the year, but it looks like more houses are now trying to get a jump on the season. The slowest months were January, July and August. August was not only the slowest month, but had the lowest median and average prices as well. The highest prices were achieved in October and November.


So ends our review of another year gone by. Already, we have now moved through the first 1/12th of 2012, and here is wishing a prosperous year of buying and selling for booksellers and collectors alike.


AE's detailed auction charts may be found by clicking this link.