Is Top Book Auction Price for 2012 about to be Revealed? 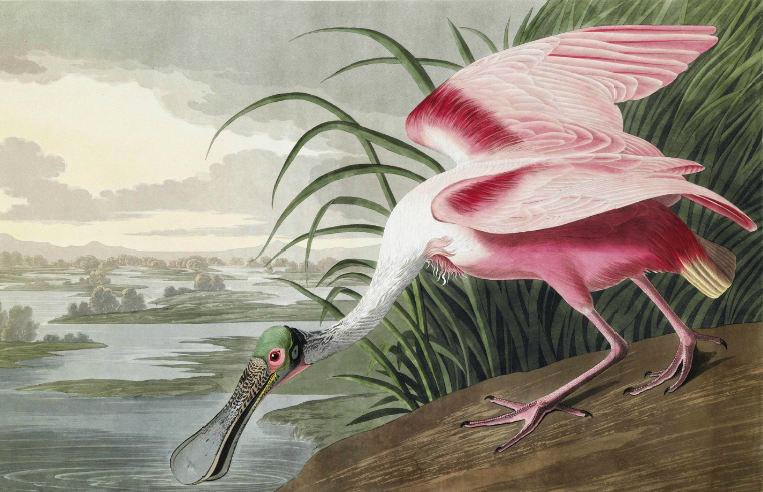 From Audubon's Birds of America.

Even as we close out the Top 500 auction prices from the book world for 2011 (see article in this month's issue of AE Monthly), we may already have a preview of number 1 for 2012. Of course we don't know what may yet appear with the full year still ahead, but barely three weeks into the new year, an item will be hammered down for likely three to four times the highest price paid in 2011, maybe more. At least, that's what we can expect if estimates, and past history, are any guide.

On January 20, Christie's will be auctioning a copy of the most expensive printed book to ever be sold at auction, the double elephant folio edition of John James Audubon's Birds of America. It is an absolutely spectacular book, even more a work of art than a book of science, though that was its primary role when published in the first half of the 19th century. Audubon was a great artist, not an impressionist or abstract painter, but a master at reproducing birds in great and accurate detail. In the 1820s, he put together a plan to draw the birds of America. He set out to finding specimens to paint. He sought out publishers in New York and Philadelphia, and when this failed, located one in London. Audubon determined to present his images life size where possible, necessitating the large, double elephant folio size of this work. Ultimately, that would make it so expensive he could not make any money. Audubon did not achieve financial success until he later reprinted his work in the smaller, less expensive octavo size that was within the financial means of many more potential customers. However, that is a story for later, not today.


Audubon went out and drummed up a list of pre-publication subscribers. He realized this would take a long time to complete, estimating 14 years. So, he determined to send out his printed drawings in installments. The buyer would collect the pages as they arrived, and bind them in a book once received. This process went on for years, though it completed a little earlier than Audubon estimated. The printing began in 1827, and was completed in 1838. At the end, he was still broke, but as noted earlier, he would make his fortune in the 1840s after releasing the smaller edition.


Interestingly, Birds of America is not a particularly rare book. There are books you can buy for a few hundred dollars, maybe less, with only a tiny percentage of the number of copies known to exist as there are of the Birds. There were 161 subscribers to the set, but Audubon undoubtedly printed some extras. There are estimates that around 200 copies were probably printed. Most are still around, though many were either broken up of are missing parts. In 1973, Susan Low did an inventory of the known copies of the double elephant folio edition and located 119 complete copies, 108 in institutions, and 11 in private hands. Those numbers have changed little since. With the discovery of one more copy, there are now known to be 107 copies in institutions, and 13 in private hands. Since 1973, 24 copies have been sold at auction, but 14 were sold sheet by sheet, many lacking some of the plates, and another was missing a volume.


This edition has twice set the record for the highest price ever paid for a printed book at auction. In 2000, Christie's put up the copy of original subscriber George Lane Fox. This is the one that had escaped Susan Low's 1973 inventory (she described it as missing). Against an estimate of $3-$4 million, it sold for $8,802,500. It was a record at the time. However, in 2010, Sotheby's, as part of the sale of Lord Hesketh's library, offered another copy of the first edition. This copy had belonged to the eleventh subscriber, Henry Witham. Lord Hesketh purchased it in the 1950s (when it was still somewhat affordable) for £7000. Against Sotheby's estimate of £4-6 million, it sold for £7,321,250, or around $11.5 million in U.S. dollars. That, too, was a record for a printed book. In between these auctions, the Providence Athenaeum copy sold at Christie's in 2005 for a “mere” $5,616,000.


The copy to be sold by Christie's this month, it is believed, once belonged to William Henry Cavdendish, the Fourth Duke of Portland. The earliest bookplate is that of the Sixth Duke, so it is possible it was the Fifth or Sixth Duke who originally brought it into the family, but it is believed to have started with the Fourth. He was not a subscriber, but is believed to have purchased a bound copy sometime after the work was completed in 1838. If it did belong to the Fourth Duke, he would have purchased it no later than 1854, as that is when he died.


Will this latest copy to be offered fly past the high estimate, as the previous record holders did, to set a new record, or will nervous economic times hold its price down? Stay tuned. We will know soon enough.


If you wish to compete for this book, you can find all of the details on Christie's website by clicking this link.