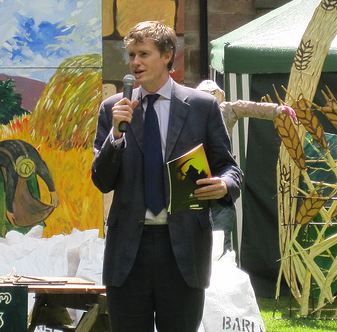 The recent decision by the British Library to reinstate links from their electronic catalogue to the Amazon website was brought before Parliament last month by one of the opposition members. The Library's decision, which has been criticized by many booksellers, hit the news wires in late October after an article appeared in The Bookseller.

According to The Bookseller, the British Library recently began including links to books offered for sale on Amazon through their electronic catalogue. The expressed reason was to provide patrons another source to find a book that was not available in the library's reading rooms. Another reason given was that Amazon listings provide further information about the books which might not be available from the library's listings. As to how all of this came about, a library spokesperson said it was a feature of the software used to search the library's inventory. The implication was that this was not something the library had sought out, but simply implemented because it was there. Surprisingly, the spokesperson denied the British Library was making any money from the arrangement. Considering that Amazon willingly pays commissions to numerous outside entities for bringing them customers, it is hard to fathom why the British Library would not at least expect the same from Amazon in return for promoting the online bookseller so extensively to its many patrons.


Not surprisingly, this arrangement was not very popular with independent British booksellers. They wondered why the British Library was offering such a benefit to a private, for-profit company, and why they were selecting to “undermine” the business of British bookshops. The independent bookseller is struggling enough already. They hardly need to have the British Library promoting their major, online competitor. Management responded to their objections by pulling the links from being displayed on their catalogue, and putting the subject under review.


Evidently, the review didn't take too long. The Bookseller reported a few days later that the Library had reactivated the Amazon links. The Library, in explaining its decision, reiterated the points about the listings providing an alternate source for books not available in their rooms, and offering additional information about the titles. They also noted that it was simple and inexpensive to activate the links from Amazon, which would probably not be the case if they tried to add this feature for an alternate vendor whose links were not already imbedded in their software.


This decision did raise the concerns of at least one Member of Parliament, Tristram Hunt of Stoke-on-Trent Central. Mr. Hunt is one of the younger MPs, a member of the opposition Labour Party first elected in 2010. He is also a logical MP to take up this issue, being a book author and newspaper columnist, as well as a historian. Mr. Hunt expressed his concern to Secretary of State for Culture, Olympics, Media and Sport Jeremy Hunt. The issue arose in a question and answer session concerning rural broadband, where Mr. Jeremy Hunt had been speaking of the roll-out of high-speed internet access to rural communities.


Mr. Tristram Hunt used a discussion of internet access to inquire of Jeremy Hunt, “Many of those in rural communities who use superfast broadband will log on to Amazon to buy books and other artefacts, but does the Secretary of State agree that Amazon needs no help from the British Library? Will he look into the worrying development that the British Library is allowing users browsing its online catalogue to click through to Amazon, which will potentially have a major effect on the book retail market?”


Mr. Jeremy Hunt responded to the inquiry, “We obviously want to support the retail book market, but as a Government we have to be neutral about whether people obtain their books through the internet or by going to bookshops. However, I will certainly look into the concerns that the hon. Gentleman raises. The reality is that companies such as Amazon are doing a great deal to promote reading. I think that partnerships with organisations such as the British Library can have a positive impact. I will happily look at what he says.”


How seriously will the Secretary pursue the concerns expressed by Tristram Hunt? Not being versed in English English, I don't know. In American English, an answer like that would mean that the Secretary has already, on the spot, looked into the other Mr. Hunt's concerns and concluded that, issues of neutrality notwithstanding, the cooperation between the British Library and Amazon is a wonderful thing. No further action is required. Perhaps in England “looking into concerns” actually means looking into concerns. We shall see. Amazon seems to be doing well enough these days not to need public support in its competition with local booksellers.