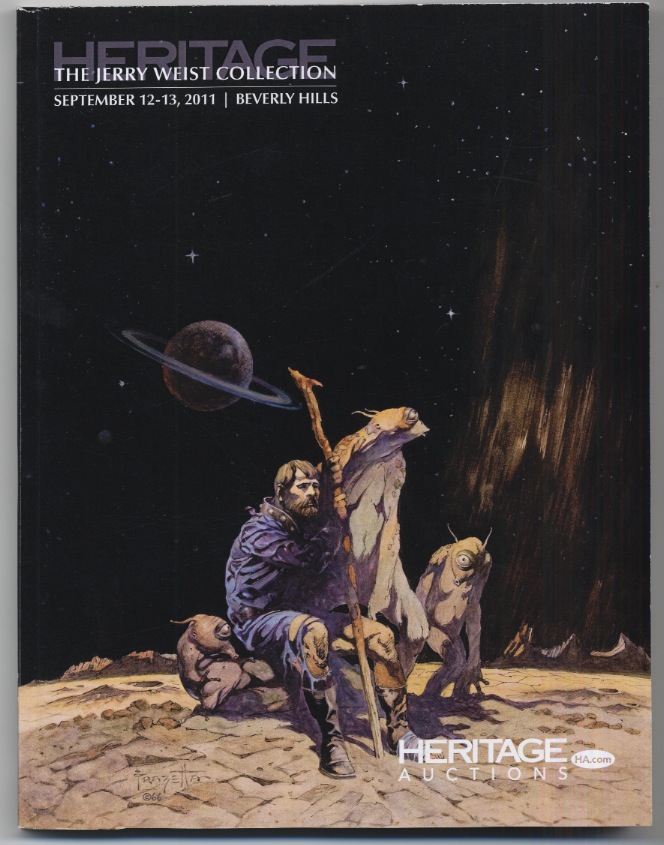 Heritage Auctions is holding three auctions in Beverly Hills in mid-September and each of them will be of interest to those who covet valuable paper:

On Monday, September 12th The Jerry Weist Collection of 20th century books and book-related art with an emphasis on monsters, science fiction and fantasy; with an online session later on the 12th and continuing on Tuesday the 13th with over 1,000 lots each opening bidding at $1.


On Tuesday the 13th the Historical Manuscripts & Autographs floor auction will take place; with an online session on Wednesday the 14th.


Three elaborate color catalogues have been prepared.  For most items the bidding begins at half of the low estimate.


The firm held its first Beverly Hills sale in February 2010 and has been steadily building a west coast clientele.  This past year Heritage also opened a gallery in New York.  The company runs auctions across a wide range of collectibles, has an enormous following and a common accounting system that permits Heritage members to bid and buy in any of their categories and bid electronically at any location.


Here is a description of these sales.


The Jerry Weist Collection is very 20th century.  It’s books and paperbacks, art and illustration with the focus on fantasy.  It’s an important single owner sale and is offered with very reasonable estimates.