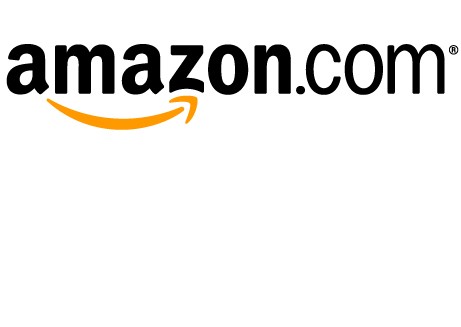 Perhaps the biggest battle over sales taxes is taking place right now between online bookselling pioneer Amazon.com and numerous states. It does not look to be reaching booksellers who list on Amazon or its subsidiary sites (AbeBooks) yet, though it could affect dealers who also serve as Amazon "affiliates," that is, those with websites that direct customers to the Amazon site in return for a percentage of the sale Amazon makes to those consumers. Perhaps, Amazon's tough stand may lead to a reevaluation of state sales taxes, in which case this battle could affect everyone who sells on the web. One thing is clear - Amazon has no fear of playing hardball at the highest level with anyone. They do not back down.

State and local sales taxes are the proverbial can of worms of interstate commerce. If you sell a book at your local store, you collect your state and local sales taxes, whatever they might be, and it's a nuisance but not all that difficult. However, if you are Amazon, or any online bookseller, you sell in every state and locality around the nation. Each of those has its own state and local tax rates, and each a list of items that are and are not taxed. And, each of those states and localities believe it is entitled to collect tax at its own rate on every sale made to one of its residents, even if the seller is located in, say, Seattle, Washington.

Not only do the states and localities feel this way, so do local businesses. Barnes and Noble does not like the idea that Amazon can sell into its market and offer customers tax free shopping, while they have to collect a tax that may run close to double digits. If you have a local shop, you probably feel the same way. It's unfair competitively.

However, if you are Amazon, or if you sell nationally over the internet, the thought of collecting local sales taxes is daunting. You have to figure out, for every customer, what the tax rate is for his or her state and locality. If all you sell is books, it is easy to figure out whether your product is taxed, but if you sell thousands of items, like Amazon, you also have to figure out which items are taxed in which states, and which are not. Talk about a headache! Then you have to file forms and make regular payments to 45 different taxing authorities (Oregon, Montana, Alaska, New Hampshire, and Delaware do not impose sales taxes), while collecting varying amounts for different localities within each state, since each town may tax at a different rate. An Amazon would be a bit more equipped to handle this as they could afford some advanced software to automate the process, but for a small bookseller this could be a bookkeeping nightmare beyond comprehension.

The burden collecting such sales taxes would impose has never bothered the states much. They want the money. They would be happy to impose the burden on out-of-staters. However, years ago, the U.S. Supreme Court said no. They said such a requirement would place an illegal restraint on interstate commerce. Therefore, businesses could only be required to collect sales taxes if they had a "nexus" with the state in question. A "nexus" means some sort of connection, and just what is a sufficient connection to require a business to collect sales taxes on behalf of a state has been litigated over the years. Generally, it is thought to mean some sort of physical presence. The surest way to avoid the tax-collecting burden is simply to have no connection at all with states other than the one in which you are located.

States have attempted to get around this problem by imposing what is known as a "use tax" on their residents. A use tax is imposed by a state on its own residents, and it says that if you purchase from an out-of-state merchant who is not required to collect your local sales tax, you must fill out a form and pay an amount equal to the sales tax to the state yourself. All states have these. Do you pay your use tax? Remember, everything you say can and will be used against you. This is why we have a Fifth Amendment - so you won't have to answer questions like this. The amount of use tax collected compared to the amount theoretically owed is generally negligible. Some states have become nasty - attempting to subpoena sales records from out-of-state retailers to find which of their citizens owe use taxes, but so far the impact of aggressive use tax enforcement is also negligible.