Booking It in Europe 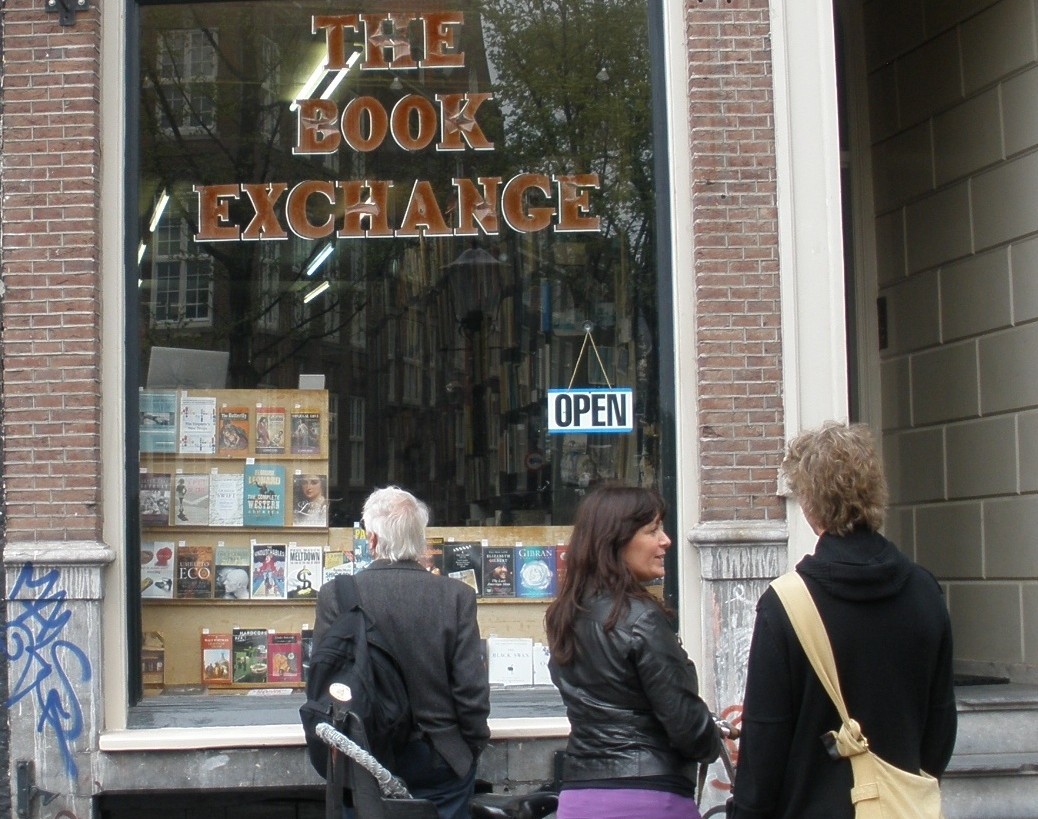 Gracious sakes, where do I start?  We have two grandkids in Holland -- Amsterdam to be exact -- and they keep asking us to come over there and visit.  It’s a long way and a very expensive proposition to go, so we figured as long as we were “across the pond,” we would take some time to gad about the continent…our version of the grand tour.

We managed to take in six countries and an island in six weeks.  Lots of castles, lots of wine and cheese, and of course, being who I am, I had to search out at least one or two  bookstores in each town we went to.  Though this is by no means a complete catalog of bookstores, it is a pictorial essay of what we found.

We began in Amsterdam and found quite a number of boekhandels or bookstores, but not very many where English language books were available.  I was glad I had taken along four or five paperbacks from my library to read as I wasn’t sure how many English books I’d find and I don’t speak a word of Dutch.  Goddess forbid I should find myself on a plane or bullet train without something to read!

The Het Spui Square near the Begijnhof, a Catholic sisterhood, is where a lot of the bookstores and cafes are located. There is a Waterstone’s and the American Book Center, both of which sell new English-language books.  More English books, or Engelsboeken, are available at the English Bookshop at The Jordaan.

Though there are plenty of used bookstores, the best place to rummage is at the Thieves Market.  There are hundreds of booths with all kinds of stuff of every kind.  We were warned to watch out for pickpockets because, as my son said, “They don’t call it the Thieves Market for nothing, you know.”  I found a great pair of brown cowboy boots and four boxes of books at one stall.  Another stall was just devoted to used books, boxes and boxes of them with their titles set up so they were pretty easy to peruse.  Mixed in among dozens of Dutch, French, German, and other language books, one could find a few English or American titles.  One store in particular, The Book Exchange, catered to English language books and, as titled, did exchanges.   The owner said that he had the largest number of used English books in Amsterdam.