Course to Explore Natural History Prints at University of Florida 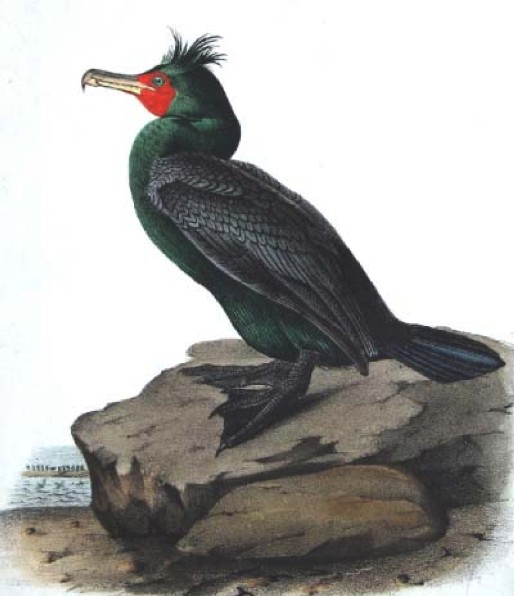 A course covering natural history prints will be given at the University of Florida this summer. This subdivision in the field of works on paper has become increasingly desirable, collectible, and valuable over the past couple of decades. Still, we are not aware of any previous courses that delved deeply into the subject. This is an opportunity to learn from some experts in the field.

The course is entitled Knowing Nature:  Naturalist Illustration from Art to Science. Natural history prints are truly where art meets science. The great naturalist illustrators were primarily just that in their day - illustrators. Even the greatest, such as John James Audubon, were mainly interested in relaying scientific information in the form of images to their audience. They were in effect the photographers of nature in the days before photography.  However, as the photograph replaced the brush as the primary means of scientific imaging, the illustrations of the masters came to be appreciated more for their great artistic achievements than their ability to depict nature accurately. The most expensive printed book ever sold is a first edition of Audubon's Birds of America, and it is no longer because people need Audubon to identify species of birds. It is because of the fabulous prints of Audubon's drawings found in his book.

The course will use prints from the Harn Museum of Art's collection of 200-plus specimens. The collection contains botanical and zoological prints, including those of shells and insects. They were drawn from the 16th through the 19th century, with origins in Britain, France, Germany, Italy, and America. The weekly sessions will be handled by seven separate members of the University of Florida faculty, each bringing their own perspective to the topic. They include instructors whose expertise ranges from art to science, history, printmaking, literature and economics. The course description notes, "Not only are the prints beautiful objects, but they also embody ideas, beliefs, practices, economic relations, cultural values, and scientific learning of several centuries and continents."

The sessions will be held on Wednesdays during the summer at the University of Florida in Gainesville. The course has been organized by Eric Segal, Education Curator of Academic Programs at the Harn Museum, and Dulce Roman, Curator of Modern Art. They will be joined by the other seven interdisciplinary faculty in teaching the course. To learn more, contact Eric Segal at 352-392-9826 Ext. 2115 or esegal@harn.ufl.edu.