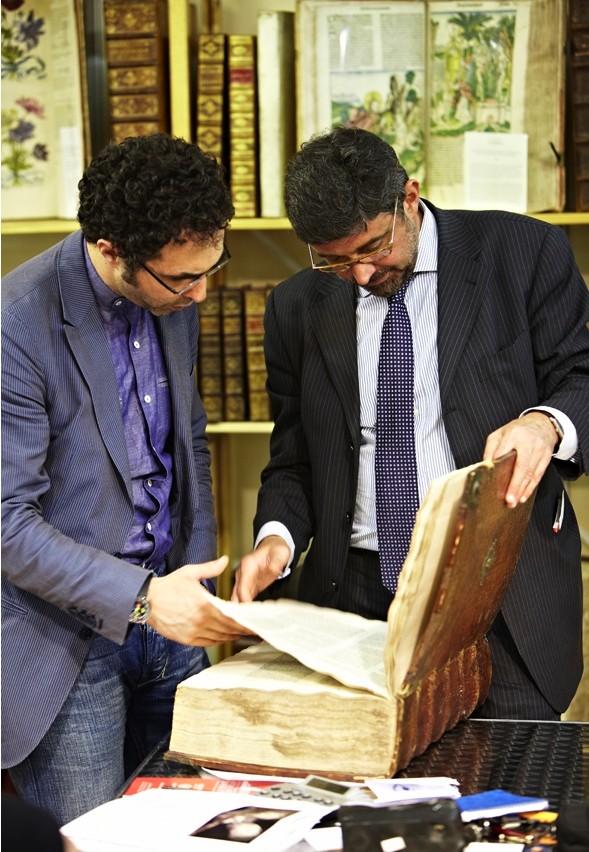 Getting ready for the fair.

The 54th annual London International Antiquarian Book Fair has been scheduled for June 9-11 this year. It will again be held at the London Olympia Exhibition Centre, and this year's edition promises to be as fascinating and exciting as any on record. This is the fair in the U.K., and one of the most important book fairs held anywhere each year. Many newcomers will be joining the regular group of exhibitors this time around.

Over 160 booksellers from around the world will be participating. While the largest contingent, naturally, comes from the U.K., it is about evenly divided between local and overseas dealers. Other countries represented include the Netherlands, France, Germany, Austria, Switzerland, Italy, Belgium. Sweden, Finland, Israel, Australia, the United States and Canada, and, for the first time, Hungary. The event is organized by England's Antiquarian Booksellers Association, and in turn is sanctioned by ILAB, the International League of Antiquarian Booksellers. All exhibitors are ILAB members.

While books are the obvious feature of a book fair, including rare and antiquarian, first editions, illustrated, fine printings and bindings, there is also an extensive selection of manuscripts, maps, prints, photographs, and other associated ephemera.

The Downstairs section of the fair will also be available throughout its run. This area will feature lectures, guided tours of the fair, and live exhibitions of bookbinding. Visitors will also be able to bring books and manuscripts for appraisal by the ABA Roadshow.

The first ABA fair was held in London in 1958. At that time, only a handful of dealers participated. The idea was to enable booksellers from the countryside to make their collections available to London buyers, along with those offered by London sellers themselves. Times have changed, fewer dealers even have showrooms any more, and many books are sold via the internet. Still, the opportunity to meet dealers face to face, and to see and touch the books personally remains an enormous draw for serious collectors. It is doubtful there will ever be an electronic book fair, and dubious anyone would attend if there were. The printed word, however, continues to draw collectors from around the world, drawn by a passion for book collecting as great today as it was five centuries ago. If you are such an individual, and can be in London from June 9-11, you won't want to miss this event.

There is a website for this fair, and if you are thinking of going, you definitely want to visit it. For starters, you can obtain free tickets at the site. Otherwise, you will pay £10 at the door. The website is found at www.olympiabookfair.com.