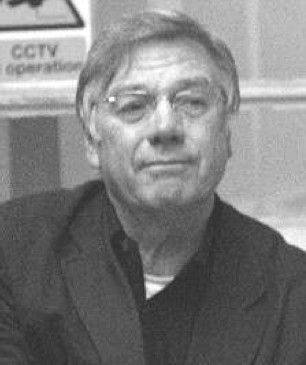 Bookseller David Slade, whose theft led to the Rothschild-Winter lawsuit.

According to a press release issued by his attorneys, Sir Evelyn de Rothschild has reached a settlement in his suit against Dominic Winter Book Auctions. The amount was not revealed though the press release indicated that Sir Evelyn was satisfied with the result. A spokesman for the attorneys said they would not be making any comments beyond those contained in the press release.

This was a very sad case, where the suit was between two victims of a crime committed by a once well-respected member of the book community. David Slade was a former president of the Antiquarian Booksellers Association (Britain) who was hired by Sir Evelyn to catalogue his collection in 2001. Mr. Slade's credentials, a bookseller from the age of 17 who reached the highest office in England's most prestigious booksellers' organization, were impeccable. Both Sir Evelyn de Rothschild and Dominic Winter Auctions trusted him completely. Both suffered for their confidence.

At some point between 2001 and 2005, Slade began taking books from Sir Evelyn's collection of turn of the 20th century private press books. There is some obscure material here, and he probably believed no one would miss it. Perhaps he would have gotten away with the thefts, but the unusually long amount of time Mr. Slade was taking to catalogue the collection led to suspicions, which eventually led to the discovery of the theft. All told, he probably stole around 70 volumes from the Rothschild library.

In April of 2008, police raided Slade's home and discovered some of Sir Evelyn's books and receipts for others. Mr. Slade confessed, attributing his actions to great personal debt, including around $50,000 on credit cards. In February 2009, Slade pleaded guilty to stealing approximately $340,000 worth of books from Rothschild. He was sentenced to 28 months in prison.

And so this sad story came to an end. Well, not quite. Where had the books gone that Slade no longer possessed? Sir Evelyn was still entitled to his books, or compensation for those that could not be found. Mr. Slade was liable to him for the value, but he had long ago spent those proceeds covering his debts. He was broke. Mr. Slade might have to pay for his crime by spending time in jail, but some innocent party would have to pay for the financial losses. That would be Sir Evelyn, unless someone else besides Mr. Slade was secondarily accountable.

Forty-two of the books Slade had stolen were taken to Dominic Winter Book Auctions and sold there. We do not know what Winter did to investigate the provenance of the books Slade brought them, but it appears that the auction house may have relied too much on Slade's reputation and assumed his possession was legitimate. Sir Evelyn believed that Winter owed him a bit more due diligence in determining the provenance of these books and sued the auction house for wrongful interference with his ownership and right to possession, along with conversion. Winter maintained that they never took possession of the books and provided no guarantee of title, hence they had no legal connection to the stolen books that would make them liable to Sir Evelyn. They were, in their view, simply facilitating a sale between Mr. Slade and the ultimate buyer, perhaps like a landlord of a retail store facilitates a sale between the shopkeeper and his customer.

According to the press release from the Rothschild attorneys, the court ruled for Sir Evelyn in the suit in August 2009 with damages to be determined later. This summer, according to the release, "Sir Evelyn accepted Dominic Winter Auctions' offer to pay him substantial damages and his legal costs in settlement of his claim."

The press release also indicated that Sir Evelyn was concerned that Mr. Slade had been able to sell so many stolen rare and antiquarian books at the auction house, noting he was "pleased with the favourable outcome of the litigation." The release concluded, "Sir Evelyn is hopeful that the success of the legal action he has taken in this case will serve to highlight both the potential risks to purchasers of antiquarian books at auction and, most importantly, the need for auction houses to conduct adequate due diligence in order to establish the provenance of the books they are being asked to sell."

There is not much we can add to the advice proffered by Sir Evelyn. All purchasers and facilitators, be they collectors, dealers, or auction houses, should be conducting some degree of investigation, particularly with more expensive or large quantities of items. Nonetheless, we can also sympathize with Dominic Winter, whose apparent excessive reliance on David Slade's integrity was very similar to the reliance Sir Evelyn placed on the same man. Perhaps the most important message for all involved in the book trade is to remember that the law is more focused on the nature of the material you possess or trade (stolen vs. legitimate) than on the good faith with which you received it. If you possess stolen goods, you must return them, even if you purchased them in good faith for fair value. You are simply out of luck. You are expected to determine their legitimacy, and if you do not, you will be held accountable for their value (though your good faith will keep you, unlike Mr. Slade, out of prison). Caveat emptor! Let the buyer beware. Do your research, recognize that something too good to be legal probably isn't, and consider your source. A seller's guarantee and promise to take back stolen merchandise with no time limit is a reassurance worth considering, even if that dealer or auction house's prices are somewhat higher than the street bazaar.