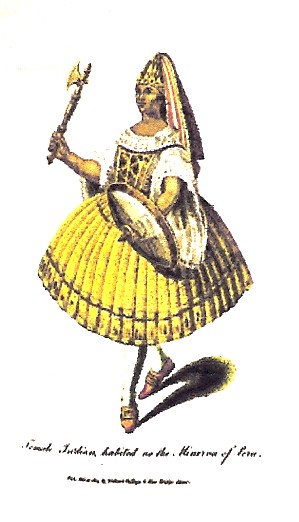 
Item 85 is a later look at Peru, one written in English. The title is The Present State of Peru, by Joseph Skinner, published in 1805. This book provides a comprehensive overview of Peru at the time, including its natural history, geography, commerce, arts and literature. It also contains some missionaries' accounts of travels into the remote parts of the country. The book includes 20 hand-colored engravings of dress of various segments of Peruvian society, including upper-class ladies, domestics, Indians, and a bullfighter. $5,250.

Item 91 offers another look at a South American country in the English language: