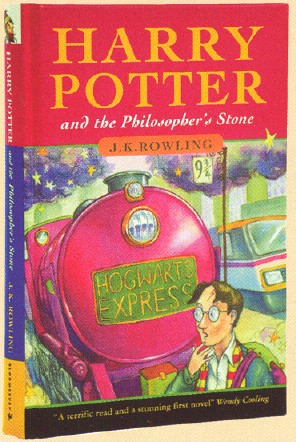 We recently received a new catalogue of maps from Jonathan Potter Limited, called, logically enough, "A selection of Antique Maps from Jonathan Potter." While the catalogue may be new, the maps certainly are not. This is a collection of maps printed from the 16th through the 19th centuries, and there are few places on earth that are not covered. Potter is a London map and atlas specialist, so naturally there is a concentration of English works. However, there are many maps printed on the adjacent continent, and for Americana collectors, there is much of interest. After all, there were maps depicting at least parts of America being printed in the Old World well over a century before the Bay Psalm Book rolled off the first press in America. Where better to look for the earliest maps of America than in the former seat of our government, London?

As our audience tends to be concentrated in North America, we will focus more on the maps offered of this area. However, those with interests in maps of other areas will no less want to see this catalogue. There are also collections covering Europe, Asia, Africa, the Pacific, the world, the heavens (celestial), and, of course, many covering Britain, including very specific areas such as individual counties and cities. All prices in the catalogue are in British pounds, but for the benefit of American readers, we will include approximate U.S. dollar amounts.

J. Speed's A New And Accurat Map of the World is no longer new and was never "accurat." What it comes from, however, is the first atlas produced in England. It was also the first map to depict California as an island, an "improvement" on earlier maps not exactly in keeping with its claim to accuracy. Still, Speed can be forgiven the mistake considering the map was originally produced in 1627. Item 8. Priced at &pound10,500 (approximately US $19,223).

Item 365 is a separately issued map of the Americas engraved in 1614 for Pieter Van Den Keer. This is a later state of Americae Nova Descriptio... printed in Amsterdam. The map takes notice of some the then recent discoveries of Henry Hudson. And, it kept California connected to the rest of the continent. However, much of North America, particularly the west, bears little resemblance to what we know today. &pound7,800 ($14,295).

Item 374 is a 17th century Visscher map from Amsterdam covering the eastern seaboard of North America, from New France, now known as Canada, down through New England and on to Virginia. It also has an inset of one of the earliest views of New Amsterdam, which looks very little like today's New York, though it resided on the same small island at the mouth of the Hudson. While many of the names have changed, and the inland areas don’t look quite right (most of the Great Lakes have disappeared), the coastline itself is immediately recognizable. &pound6,000 ($11,003).