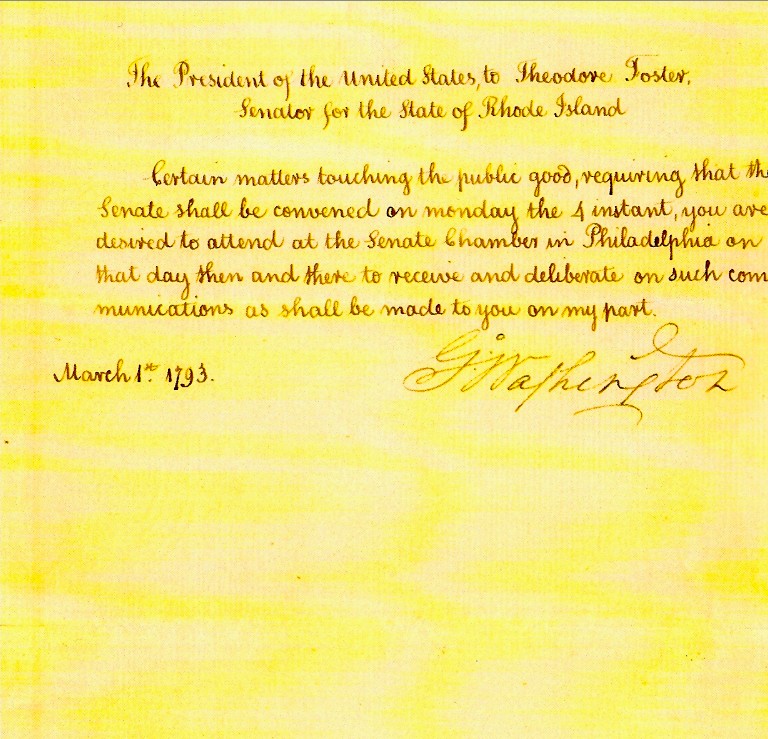 
Item 14 is an amazing collection of autographs from the administration of President Zachary Taylor. A man who believed the President should do as little as possible, deferring to the judgment of Congress unless that institution violated the Constitution, Taylor found himself swept into the rising sectional warfare over slavery resulting from the statehood ambitions of territories seized from Mexico during the Mexican War. The slave-owning Taylor surprised most people with his attempts to add the new territories as free states and his threat to personally lead troops to put down any revolt and hang the rebels like army deserters. He never got the chance to preserve the Union as he died 16 months into office. This leather bound autograph book, headed President Taylor's Administration, starts with the signatures of Taylor and his Vice-President, Millard Fillmore, and includes all but one of Taylor's cabinet officers, all but one Supreme Court Justice (including the infamous Roger Taney), and goes on to add signatures of hundreds of lower federal officials. It is hard to imagine there is any collection of autographs from the Taylor or most other administrations nearly so comprehensive. $6,500.

You may reach The Raab Collection at 800-977-8333. Their website is www.raabcollection.com.