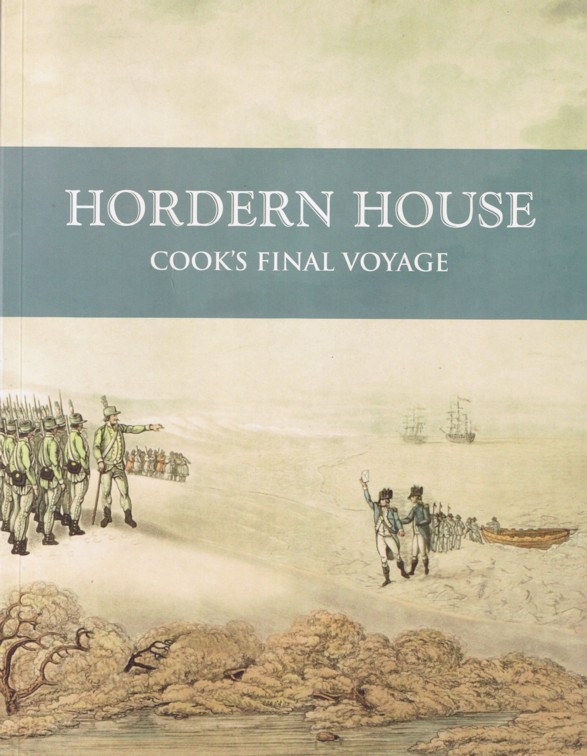 The latest catalogue from Australia's Hordern House is entitled Courage and Perseverance. Cook's Final Voyage. This refers to the third and final voyage of Captain James Cook. Cook was likely England's greatest explorer. Between 1768 and 1775, he spent most of his time at sea, primarily exploring the Pacific. He did much of the early charting of Australia, New Zealand, and numerous Pacific islands. It was Cook who laid to rest the widely held belief of the time that there existed an enormous continent to the south. Cook was not one to rest on his laurels, so in 1776, just as the American Revolution was breaking, he set out on his third, and what would prove to be final voyage. He did not return.

The third voyage would bring him back to his haunts around Australia and the Pacific, but this time there was another, hidden purpose. It was to discover the long sought Northwest Passage that was hoped would drastically reduce sailing time from England to the Pacific. On his way, Cook became the first European to reach Hawaii, and then he sailed on for North America. He explored the Northwest coast of that continent before winding his way to the Bering Sea. As happened to so many others, he was unable to go any farther because of the ice. His failure to find a Northwest Passage was no shame. No one else did for centuries either, and even then it was not a practical route. Cook then returned to Hawaii and its more hospitable climate, but eventually, something went terribly wrong with his previous good relations with the natives and Cook was stabbed to death. His companions made one more unsuccessful run to the Bering Sea to find the passage before retreating to Pacific Russia and finally home. Hordern House is offering 111 items related to Cook's final voyage. Here are a few.

One of the rules of Cook's voyages was that no one was to publish accounts until after the official version was released. This rule was honored only in the breach. The final voyage generated several accounts before the official version. Item 10 is John Rickman's Journal of Captain Cook's Last Voyage to the Pacific Ocean...in the Years 1776...1779... This was the first account published in English, and it was issued anonymously to avoid repercussions from the Admiralty. Rickman was a lieutenant on the voyage and his account is important historically as it differs on many points from the official one. It provides the first authentic description in English of Hawaii, including the first representation of the islands in its image of the death of Cook. Published in 1781. Priced at AU $14,000 (Australian dollars, or approximately $12,923 U.S. dollars).

Another who jumped the gun was Heinrich Zimmermann. Zimmermann was a carpenter who signed on as an ordinary sailor, so his account offers the unique perspective of one who served below deck. He published his account in German in 1781, which was quickly followed by editions in French and Russian. Oddly, though this was an English voyage, there was no contemporary translation to the English language. Item 19 is a first English edition of Zimmermann's Account of the Third Voyage of Captain Cook, but it was not published until 1926. AU $485 (US $446).