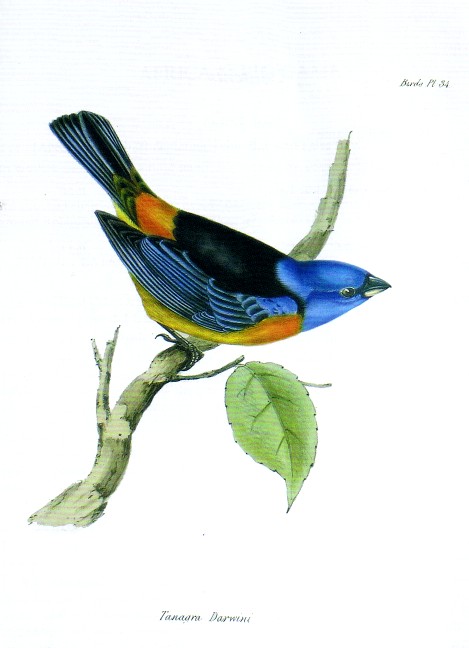 
The voyages of HMS Adventure and Beagle are perhaps the most important trips of all from a scientific standpoint. It was during their explorations in the 1830s that naturalist Charles Darwin, onboard the Beagle, gathered the evidence that led to his theory of evolution, announced two decades later. However, these English ships had visited South America long before Darwin ever boarded ship. Item 393 is the account of an earlier trip: Narrative of a Voyage to Patagonia and Tierra del Fuego, through the Strait of Magellan, in HMS Adventure and Beagle in 1826 and 1827. The book by John MacDouall, published in 1833, is an account of the voyage under the command of Pringle Stokes, who became very depressed on the journey and killed himself. However, other crewmen lived to repeat the voyage a few years later and were among Darwin's crewmates. Item 393. £5,750 (US $9,531).

Item 394 is one of the most important natural history color plate books. It is The Zoology of the Voyage of HMS Beagle, published from 1838-1843. It was edited by Charles Darwin, who also wrote many of the sections. Others involved included the great ornithologist John Gould, who, along with his wife, prepared the plates. It describes the various animals found on this voyage, including fossil specimens encountered by Darwin. £110,000 (US $182,276).