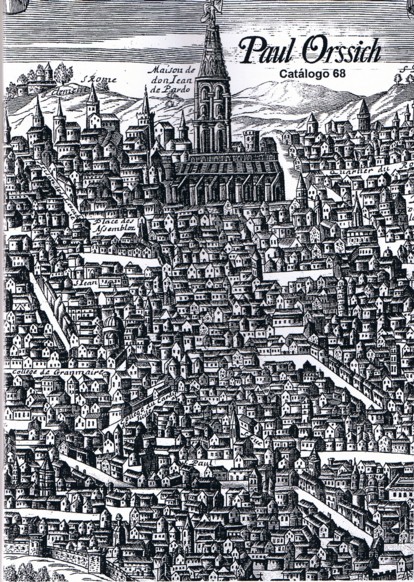 We have received Catalogo 68 from Paul Orssich, the London-based seller of Spanish and Portuguese-related books. That is not to say they are all in the Spanish or Portuguese languages. There are almost as many in English, plus many others in French. However, the books relate to the Iberian Peninsula or those nations' former colonies in South and Central America. We will focus primarily on books in English because of this reviewer's linguistic limitations (most descriptions are in Spanish). Now, here are some of the books available.

We will start at the top, with item number 1: A Journey in Brazil by Professor and Mrs. Louis Agassiz. Louis is listed as author, though his wife did most of the writing. Agassiz was one of the most notable of natural scientists of the 19th century, a man more controversial today than during his lifetime. Agassiz was born in Switzerland, but moved to America in 1846. He was appointed a professor in zoology and geology at Harvard, running their zoological museum. It was to obtain specimens for this museum that he traveled to Brazil in 1865. Agassiz is also known for his work on glaciers, which led him to conclude that the earth had experienced an ice age in the recent geologic past. On the other hand, Agassiz was an opponent of Darwin's theory of evolution, and here is where the controversy arises. He believed various races of humans were created separately by God, and under his theory, certain ones were superior to others. Agassiz' race, naturally, was superior, while Africans were inferior. His views were supported by slaveholders, who sought "scientific" justification for their notorious institution. However, these racist views have made Agassiz a controversial figure today. Priced at £180 (approximately $295 in U.S. dollars).

Item 160 contains the stories of other North Americans who visited Latin America, but for very different purposes: Historia de los Filibusteros. This 1908 Costa Rican imprint by James Roche describes filibusters, those private armies that attempted to take over control of perceived weak nations. The book covers the attempts of William Walker, the most noted of all the filibusters, to seize control of Nicaragua. Walker actually succeeded for a while in 1857, before being overthrown. A second attempt three years later led to his execution in Honduras. £40 (US $65).

Here is an alliteral aid to poor people from a onetime Chaplain to the King of Spain: The Poor Man's Preservative against Popery. The Rev. Jose Maria Blanco White must have had some bad experiences in his previous role to lead him to this anti-Catholic diatribe. The Rev. White had already switched to the other side, becoming a clergyman for the Church of England, when he published this book in 1825. Item 14. £320 (US $523).

Here is an item for real niche collectors: The Postal History of the Balearic Islands. To be honest, I didn't even know where these islands were located, much less that they had a post office. They are located in the Mediterranean Sea, off the east coast of Spain, and perhaps the largest of these islands, Majorca, is more familiar than their name as a group. Item 48, by P.J. Elkins, was published in 1984. £40 (US $65).