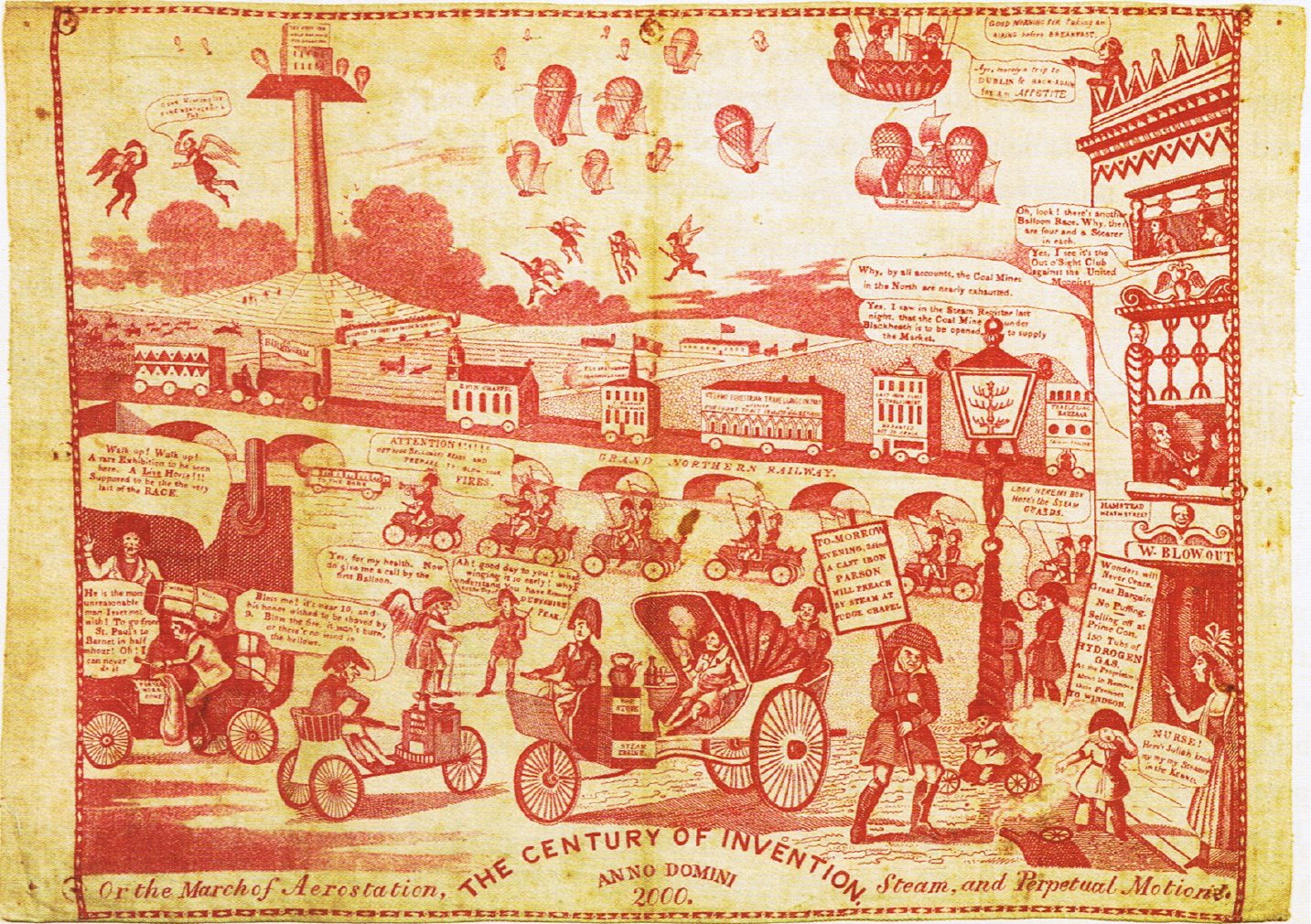 
Now we have a satirical look at today from the distant past. Item 181 is called The Century of Invention. Anno Domini 2000. Or the March of Aerostation, Steam and Perpetual Motion. This is a lithograph printed in red on linen. It is a look at travel in the distant year of 2000, from the vantage point of 1834. Let's just say that Charles Jameson Grant didn't get it exactly right. There were steam engines, early railroads, and air balloons by his time, though no automobiles or airplanes. In his vision, trains carry buildings on wheels, while individuals drive around in a version of horseless carriage, though they are powered by steam rather than internal combustion. Meanwhile, a barker calls the people to an exhibition of a horse, "supposed to be the very last of the race." In the sky, some people travel by balloon, while others have somehow developed wings to propel themselves. One change Grant failed to anticipate is a change of dress, as the outfits worn by these people look decidedly early 19th century. For a full view of this remarkable cartoon, click the thumbnail image above left. $18,500.