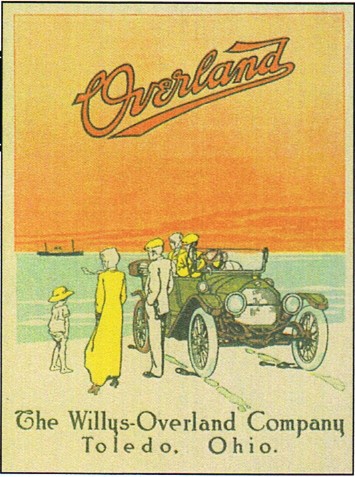 
The Gilroy, California, Chamber of Commerce had its heart in the right place in 1926 when it printed this promotional for their community: Gilroy, South Santa Clara Valley, California: The Home of the Prune. Somewhere along the way, the tourist bureau must have wisely concluded that "Home of the Prune" was not the most enticing motto. It is no longer in use, but has been replaced - and I am not making this up - with the current moniker: "Garlic Capital of the World." Someone needs to teach these folks a thing or two about marketing their community. Item 135. $85.

Mrs. Allen could probably use a new motto too for her business described in her New Price List and Illustrated Catalogue of Mrs. R.W. Allen... Her circa 1900 Detroit establishment is described as a "Hair Store and Toilet Bazar." A new name is in order. Item 238. $50.

Frederick Ingersoll had the honor of announcing that Pittsburgh Luna Park opens the second season of its triumphant career, May 7th, 1906. Triumph was short-lived for this "city of pleasure." It closed in 1909. Item 52. $75.

The Buffalo Express was looking forward to a good year when it published 1899 Recorded. 1900 Greeted. The coming big event for Buffalo, New York, in early 1900 was the Pan-American Exposition. Everyone anticipated the fantastic exhibitions, the newly developed electric lights, and all the wonders of a world's fair. What they could not foresee was the great tragedy about to befall their city. By the fall of that year, the Pan-American Exhibition would be remembered almost exclusively as the site of the assassination of President William McKinley. Item 3. $45.

Pictured on the cover of this catalogue is Nursery Rhymes for War Times, put out during the First World War by the U.S. Food Administration and Utah Agricultural College. Targeted to farmers, it notes, "Every pig you raise helps the cause." No, they weren't putting pigs in uniform and sending them to the front lines. This was to feed the soldiers. Item 380. $45.