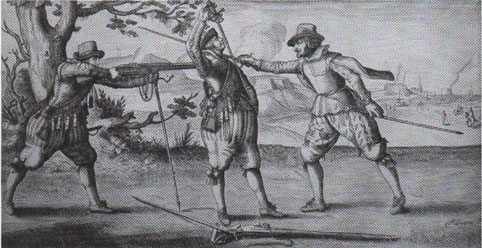 
Guilelmus de Vorilong was a French theologian who considered the possibility of extraterrestrial life half a millennium before Steven Spielberg. Without much scientific evidence to work with (Vorilong had never been to Roswell), he used theology and logic to conclude that while God could have created living beings on other worlds, he would not do so. That would require redeeming the souls of that planet, “but it would not be fitting for Him to go unto another world that he must die again.” Vorilong died in 1463, but his Quattuor librorum Sententiarum… was not published until 1510, likely because most of his life preceded printing. Item 88. £3,600.

The Reformation produced a contentious time Europe. There was little love lost between the Catholic Church and its supporters and the breakaway Protestants. Much of the invective was aimed at Martin Luther, a man who could give as well as receive. Charges were made that would make an American politician proud. Johann Dobneck (aka Johannes Cochlaeus) blamed Luther for the Peasants’ War, and went on to claim that he was conceived when his mother copulated with the Devil in a bathhouse. Inconceivable. All indications are that Mrs. Luther was a very nice lady, not one who would engage in conduct like that. Item 109. £3,200. A 1528 work by Jan Horak includes a woodcut showing a procession led by Christ entering the City of God, while one led by Luther enters the gates of Hell. Luther is surrounded by a swarm of flies. Item 115. £5,000.

Katharina Zell was an unusual woman of the Reformation. At a time when few women were writers, this wife of a clergyman was publishing pamphlets in support of the Reformation. In one, she argues in favor of clerical marriage. In this item, she attempts to comfort wives of reformers who had fled Strasbourg to avoid persecution by retelling the stories of Old Testament heroines. Item 138. £3,000.

Not all of the books in this catalogue are quite so momentous. Item 47 by one D. Korth entitled Der Kleine Savonarde… is a recipe book for making shoe polish. It was published in 1812. $80.