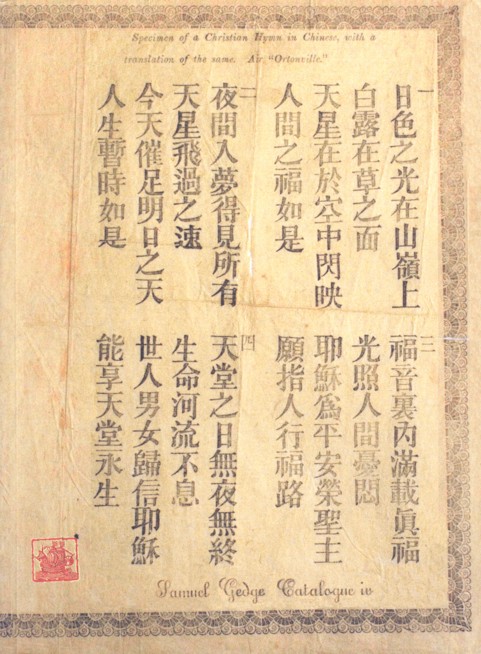 Catalogue IV was recently published by British bookseller Samuel Gedge Rare Books. This catalogue includes a majority of English items, although a substantial portion of them come from the continent. There are even a few items of Americana. Numerous European languages are represented. Everything here can suitably be described as "antiquarian," as dates range from 13th century manuscripts through 19th century books. Topics are diverse, though most can be described as nonfiction (although sometimes the truth is bent to serve the writer's beliefs). These are interesting works - books, pamphlets, and manuscripts, with an occasional item of ephemera, such as an 18th century wallet or pocket sundial thrown in. Here are a few.

Item 18 is a manuscript report which includes a mention of a stop on an important scientific journey. The report comes from the small North Atlantic island of Madeira. It came from the wine-shipping firm of William Bolton & Co. to London merchant Robert Heysham. Dated February 4, 1699, it mentions the brief stop of Admiral Benbow and his four men-of-war. The newsletter notes that Benbow, off to hunt down pirates in the West Indies, did not even stop long enough for a glass of wine. Benbow was accompanying, and protecting, the Paramore, which was off for the South Atlantic under the command of astronomer and mathematician Edmond Halley, of comet fame. Halley was out to map variations in compass readings from true north. The report notes that Benbow was accompanied by "...Mr. Hally the mathematician bound to the coast of Brazil and to the southward of the Cape, his designe is to observe the variation of the compass..." Priced at £600 (or approximately $1,185 in U.S. dollars).

Here is an even more impressive manuscript. It is an Arabic-French dictionary consisting of over 300 pages. Someone put a lot of effort into this. While its specific background cannot be ascertained, it is evidently the work of a French-speaker with a solid grasp of Arabic. It was most likely created early in the 19th century, and probably in Egypt. Many French remained there engaged in trade after Napoleon's unsuccessful invasion in 1801. Item 9. £2,000 (US $3,952).

Item 67 recounts an obscure, but obviously bitter and festering dispute between a merchant and a shipper. Shipper Charles Delegal was hired by Peter Milberg in 1816 to carry some goods from Hamburg to Buenos Aires. Obviously, Milberg was not pleased by his performance, though it took him long enough to say so. In 1828, Milberg published his pamphlet, Correspondence relating to an adventure made in the year 1816, from Hamburg to Buenos Ayres, per the Carolina...under the management of Mr. Charles Delegal... Milberg accused Delegal of all sorts of inappropriate activities, including embezzlement, abusive language, and spreading false information. Delegal was none too prompt to respond, but in 1835, now almost 20 years after the incident, he published Reply to a malignant and libelous pamphlet, clandestinely circulated by Mr. Peter August Milberg... Delegal set about to refute Milberg's claims in his reply. Both of these pamphlets are very rare, as they were likely printed in very small runs. The pair is priced at £550 (US $1,087).