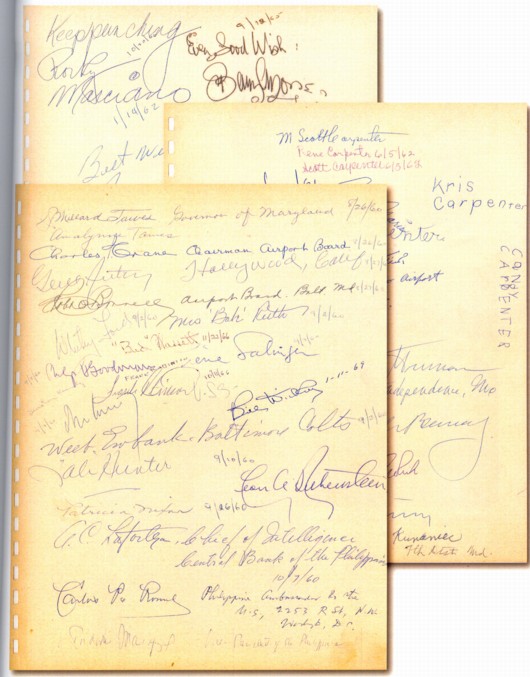 
Raab also has a large number of documents from the aforementioned California Governor Edmund G. "Pat" Brown. First elected in 1958, he defeated Richard Nixon's attempted comeback as governor in 1962, but was defeated in 1966 by newcomer Ronald Reagan. Among the items in this section are several letters he received from President Kennedy, the bulletin he received notifying him of Kennedy's assassination, a 1973 letter from President Nixon promising to "bring this entire matter [Watergate] to a full and just resolution" (he did, but not the way Nixon expected), and a letter from Reagan shortly after he was elected governor. We will conclude this review with a reassuring quote in these difficult days received by Brown from former President Harry Truman in 1966: "The people may, from time to time, get confused or diverted by clever propaganda, or slick press agents - but not for long. When they think things through for themselves, the people will always vote for what is their own best interest and that of their country."

You may reach The Raab Collection at 800-977-8333. Their website is www.raabcollection.com.