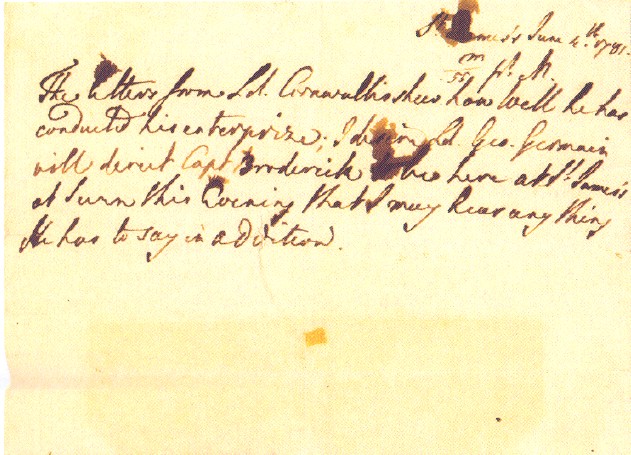 
Queen Victoria ruled Britain longer than any other monarch. Succeeding to the throne shortly after her 18th birthday, she would rule as queen for another 63 years. However, she was anything but the longest serving monarch when she penned her name to item 17, a message confirming the appointment of her ambassador to Sardinia. King William IV had died just a week earlier, and now, as the new 18-year-old queen, she needed to officially notify other governments that the crown's ambassadors still retained their positions. Here she notifies King Charles Albert of Sardinia of the death of her "most honored and beloved uncle" as well as her own ascension to the thrown, and reconfirms the appointment of Sir Augustus John Foster as ambassador. $3,500.

Item 25 is a fascinating autograph album from Civil War times, specifically 1861-62. It was evidently passed around the halls of Washington as it is filled with the signatures of the major political leaders of the time, though the album was also placed in front of the pens of a few other notable people. The most famous signature is the classic "A. Lincoln," with the added notation "Springfield Illinois." Other signers include Vice-President Hannibal Hamlin, Secretary of War Edwin Stanton, General and future President U.S. Grant, General William T. Sherman, future Vice-President Schuyler Colfax, former Senator John Crittenden, author of the last attempted compromise to stave off the Civil War, New York political boss Roscoe Conkling, and noted anti-war northerner, the infamous Copperhead Clement Vallandigham. Other signers include Erastus Corning, a New York congressman at the time, but better known as a railroad and industrial magnate, and General Abner Doubleday, better remembered for inventing baseball than his military career. $13,000.

Fast forward a century and we have another massive autograph album. This one was kept by Carl Kunaniec, a police captain assigned to security at Baltimore-Washington International Airport. A lot of famous people passed through that airport from 1960-66, and it seems he must have obtained the autograph of just about every one of them. He has the signatures of all three Kennedy brothers, John, Robert, and Edward (Ted). There were several more presidents, both past and future who signed, including Harry Truman, Dwight Eisenhower, Lyndon Johnson and Ronald Reagan. Nixon didn't sign, but his wife, Pat, and vice-president, Spiro Agnew, did. So did losing presidential candidate Barry Goldwater, Secretaries of State Dean Rusk and Christian Herter, several governors, including California's Pat Brown, Chicago Mayor Richard Daley, and the still missing Teamster's leader James Hoffa. Civil Rights leaders Martin Luther King and James Meredith have left their autographs, as have Earl Warren and four other U.S. Supreme Court justices. Alan Shepard, John Glenn and a couple of other astronauts have signed, as has World War I flying ace Eddie Rickenbacker. There are autographs from journalists Edward R. Murrow and Drew Pearson, playboy Hugh Heffner and some bunnies, TV and movie stars including Johnny Carson, Bob Hope, Lawrence Welk, Jimmy Stewart, Woody Allen, and many, many more, Rev. Billy Graham from theology, and a bunch of baseball and other sports stars, such as Willy Mays, Casey Stengel, Brooks Robinson, Weeb Ewbank and Rocky Marciano. This album is the '60s. Item 54. $8,500.