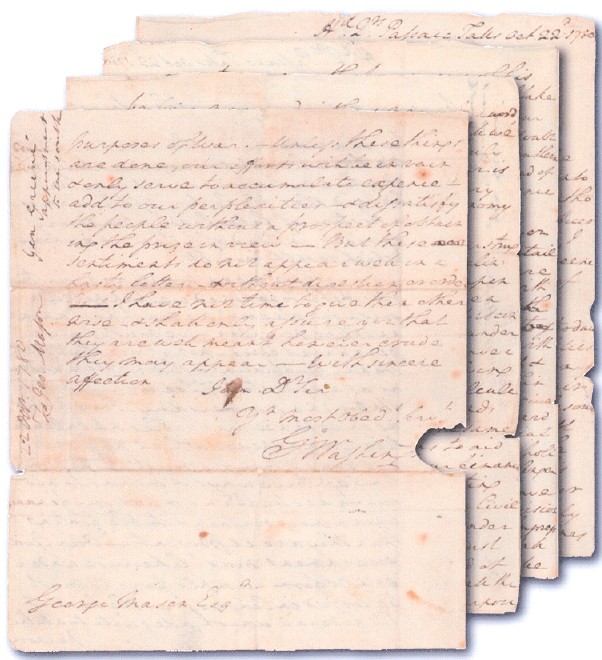 Many of the leaders of the American Revolution and the new union, including four of the first five presidents, came from the South. Still, it was the southern states that would seek to split that union barely seven decades later. Here is a letter that ties those two very disparate southern sentiments together. James Madison was from Virginia and was the primary writer of America's constitution, but he was also a strong supporter of Jeffersonian states rights. Though now a decade and a half removed from the White House, Madison was still living years later during the Nullification Crisis when South Carolina first asserted its right to withdraw from and thereby break up the Union. The issue was tariffs, imposed to protect northern manufacturing, but which had the effect of raising costs to southern growers and inviting retaliatory tariffs against their goods. In this December 18, 1828 letter to Maryland Congressman James Barbour, Madison writes that other southern states will not follow South Carolina's lead in its nullification assertions (he was right). Of his home state of Virginia he says, "Virginia frowns on every symptom of violence and disunion." He was correct, at least for that time, though even Virginia would stray in 1861. Nevertheless, at the time, Madison believed that the Union, "however liable to local & acute maladies, has a chronic health & vigor..." $70,000.