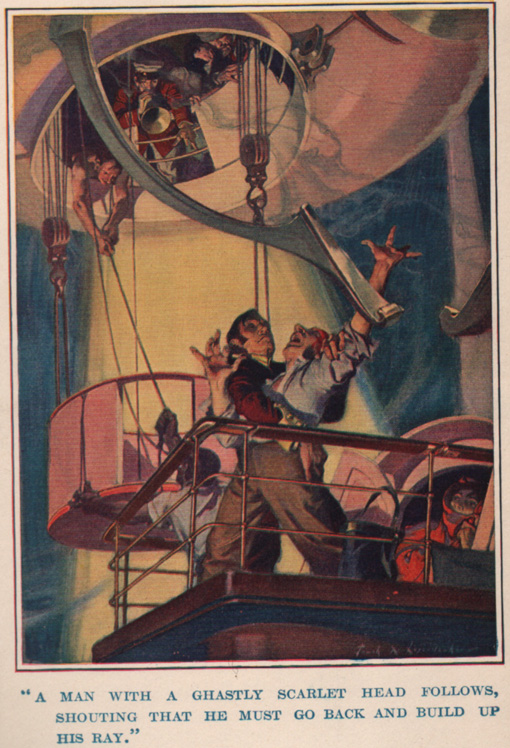 It’s a cold winter’s night in London, December 14, 2000, when the author boards “Postal Packet 162.” 162 will be flying the overnight mail run from London to Quebec this frigid evening. The sky is mostly cloudy but calm over England, but they hit heavy turbulence over the North Atlantic. No problem. The experienced crew handles it with ease and the flight arrives a few minutes early to its destination in Quebec.

This is, of course, a flight of fantasy. There is no “Postal Packet 162.” The author had been dead for 64 years by the time of this imaginary flight. There are few things that can stir the imagination quite like a prediction of what the world will look like many years into the future. There are few things quite as entertaining as looking back at someone’s predictions once that date has arrived. The 2000 “flight” of Packet 162 is not a contemporary story, but one that was published in 1909. 2000 didn’t quite turn out this way.

The author is the well-known Rudyard Kipling. More famous for works such as the Jungle Book, Kipling also dabbled in science fiction. This lesser-known work is entitled With the Night Mail (subtitled A Story of 2000 A.D.), and it was printed in 1909. Even this date is deceiving. It was originally published as a magazine article in 1905. In other words, at the time Kipling was penning his prediction of future air travel, the Wright Brothers’ first flight was barely a year old. No wonder the future of air travel was as cloudy to Kipling as the skies over London on that imaginary night in the year 2000.

Kipling doesn’t get a lot right. His vision of high-speed air travel is correct, but he’s very wide off the mark on the details. In 1905, dirigibles were already being taken seriously, while planes were still measuring the length of their journeys in feet. Kipling bets on the dirigible. Postal Packet 162 is a dirigible, albeit one with a modern power system not even Kipling understands. There are airplanes in Kipling’s 2000, and the battle between them and the dirigible goes on, but this is a David vs. Goliath contest that Goliath, the dirigible, is handling with ease. As one of the imaginary advertisements that appear in this book explains, “It is now nearly a century since the Plane was to supersede the Dirigible for all purposes.” Instead, the ad proclaims, none of the world’s freight is carried by plane, and less than 2% of its passengers travel that way. Kipling did not foresee the “Hindenburg.” Dirigible travel would die 28 years later in that field in New Jersey. Today, dirigibles, and their cousin the blimp, are mostly confined to promoting their sponsors as they hover over football stadiums in the fall. It’s only because they are so unusual that we even bother to look.