Pilots of the Caribbean from Bernard J. Shapero Rare Books 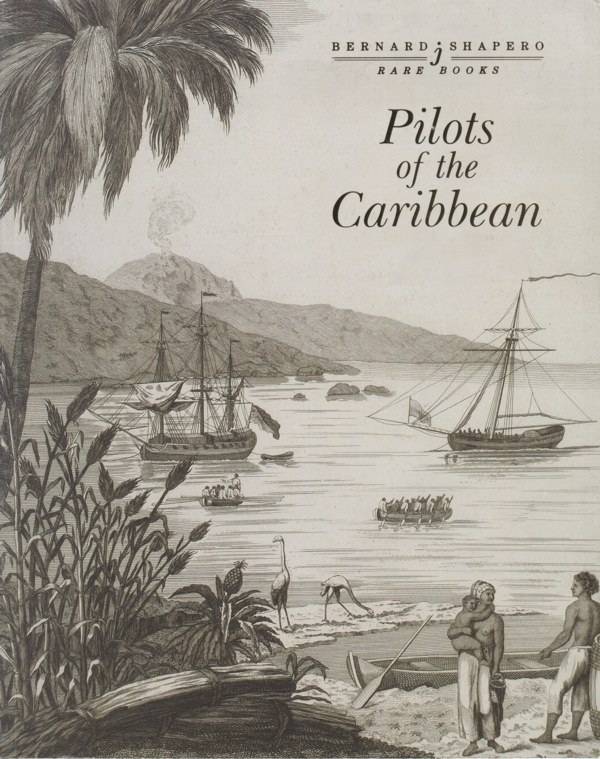 Pilots of the Caribbean from Bernard J. Shapero Rare Books

Bernard J. Shapero Rare Books of London has issued a catalogue of Pilots of the Caribbean. A selection of atlases, maps and charts of North America and the Caribbean. That is "pilots," not "pirates," though a notable one of those does make his way into this collection. Included are fifty exceptional atlases, maps, charts and globes. Dates range from the 17th century until the early 19th. While these items are of British and European origin, they will naturally be of great interest to collectors of the Americas. Here are a few of the fine items presented in Shapero's latest offering.

Item 2 offers one of the best collections of maps of America available at the outbreak of the American Revolution. It is Thomas Jefferys' The American Atlas: or, A Geographical Description of the Whole Continent of America...issued in 1776. It contains 29 map sheets forming 22 maps and charts, by Jefferys and others. Most cover Canada and today's United States, as far west as the Mississippi and Louisiana Territory, although South America and the Straits of Magellan are included. There is a bit of irony to the 1776 date as the need for the British to understand their expanding territories after their success in the French and Indian War was the inspiration for this atlas. Priced at £80,000 (British pounds, or approximate U.S. equivalent of $161,743).

Item 7 is a three-volume French atlas, published around the same time: Pilote Americain Septentrional...by Georges Louis Le Rouge. Le Rouge was cartographer to King Louis XVI. This is not a very original work, the maps generally copied from Jefferys and others, a tacit acknowledgement of superior British mapmaking efforts at the time. Still, this provides a thorough collection of maps and sea charts of great value to French mariners at the time of the American Revolution. It is extremely rare today. Price on Request.

Here is the work of that pirate, rather than pilot, of the Caribbean. It is a map, headed A Description of the South Sea and Coast of America, taken from the English edition of Exquemelin's The Buccaneers of America. Alexandre Exquemelin was a barber and surgeon who joined up with pirates in the Caribbean in the late 17th century. He later returned to Europe, where his account of their buccaneering ways was a great success, republished in many languages, each time adjusted to suit the tastes of the local audience. This map of the Caribbean and South America is hardly one of the best, even for its time (1680), but the piratical connection is special. £1,000 (US $2,021).

Item 13 is another type of piracy, maps pirated from another mapmaker. This is A New Map of North America wherein the British Dominions in the Continent of North America...are carefully laid down... This is an excellent copy of Bowen and Gibson's wall map by Louis Delarochette, published in 1764, just after the Treaty of Paris greatly expanded Britain's possessions in North America. This is also a very rare map. £10,000 (US $20,218).