Legal Works from The British Colonial Empire from The Lawbook Exchange 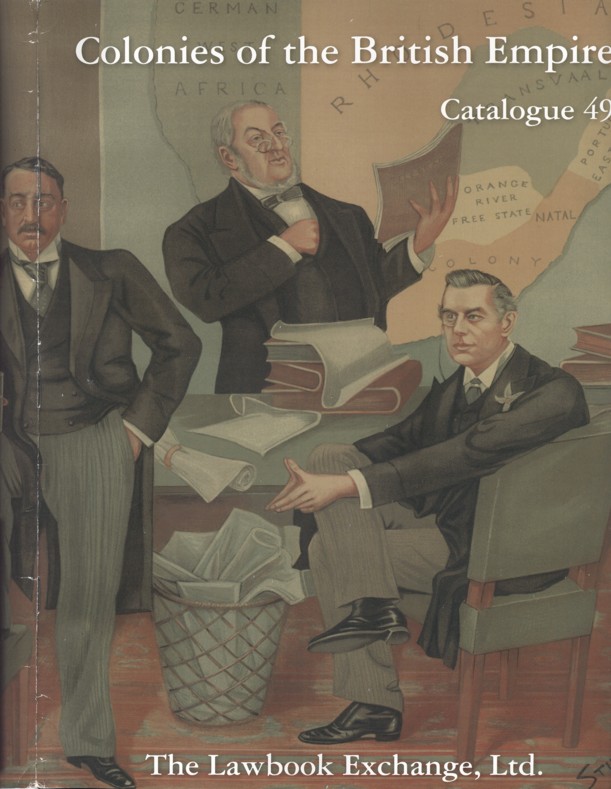 Legal Works from The British Colonial Empire from The Lawbook Exchange

The 49th catalogue from The Lawbook Exchange is entitled Colonies of the British Empire. This is a collection of books about the law in various British colonies around the world, from Africa to India to the Americas and more. As the Lawbook Exchange notes, at its peak, the British Empire covered approximately one-quarter of the world's landmass and one-quarter of its population, nearly 458 million people at a time when the world's population was a fraction of what it is today.

Most of these tracts date from the mid 19th century to early in the 20th. As a result, you will not find material from today's United States, it having secured its independence much earlier. However, Canada and its provinces (often pre-federation) are well represented, as is Jamaica. Of course, India, the most populous overseas colony, and many lands in Africa contribute to the legal scholarship of the colonies. South Africa, formed from several once independent provinces, offers many works to this collection.

The works in this catalogue will be of interest to collectors of the British Empire and their legal systems in particular. Scholars and researchers of British legal history and precedent will also find much useful material. There isn't much light reading here -- sensational trials (with one exception) and the like, which are often found in Lawbook Exchange catalogues. This is definitely more scholarly material. However, we do note one amusing item, the 13 ½ x 19 1/2 color lithograph depicted on the cover of this catalogue (click the thumbnail image above left to enlarge). This is a separate image which accompanied the November 25, 1897, issue of Vanity Fair, a weekly known for its satirical depictions of notable persons and current events. As the map in the background implies, the British colonialists are preparing their advance on the Boer states, which would result in the second Boer War a short time later, and the British capture and colonization of South Africa. The man to the left is the most noted of all British colonialists and imperialists, Cecil Rhodes, for whom one of the lands on the map, Rhodesia (today's Zimbabwe), was named. The image was created by "Stuff." Vanity Fair artists used such pseudonyms. "Stuff" is believed to be Henry Charles Seppings-Wright. Item 1. Priced at $750.

Here is one other item with more than legal overtones: India Courier Extraordinary: Proceedings of Parliament Relating to Warren Hastings, Esq. Containing Mr. Burke's Charges, and Mr. Hastings' Defence. This is coupled with several related works as item 186. Warren Hastings was the first British Governor-General of India, serving from 1773-1785. He was an able administrator, dealing effectively on behalf of his employer, the British East India Company, keeping the wide and diverse land securely under British authority. He made money personally with some side projects, brought wealth to his employer, and at times dealt harshly with those who resisted British rule, as was the custom of the day (American colonists raised similar objections, and they were more closely related to the British than the Indians). Along the way, he developed the enmity of Sir Philip Francis, whom he seriously injured in a duel.