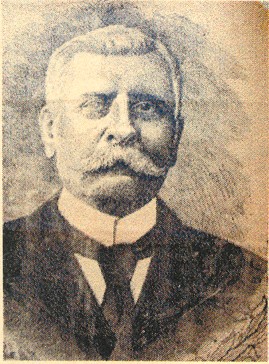 
Now for the unusual in this catalogue -- a book in French, Journal d'un missionaire au Texas et au Mexique. 1846 -- 1852. This is the journal of Abbe Domenech, the first priest ordained in Texas. With the end of the Mexican war, the territory on both sides of the border was filled with lawlessness. Aggrieved Mexicans, Indians, and newly arrived American cowboys vied for power. Into this cauldron Domenach had the thankless task of spreading the Word. Fortunately, he was able to bring back a good description of the area, which was published in this 1857 book. As an aside, Domenech would provide the following description of Houston a year later: "Houston is a wretched little town...infested with methodists and ants." Item 15. $1,250.

Porfirio Diaz ruled Mexico for around three decades, originally as an elected president, but as time went on, increasingly as a dictator. After massive fraud in the election of 1910, Mexico again broke into revolution, with Diaz finally being forced into exile in 1911. Diaz has few admirers today in Mexico, but he is widely credited for one of the more clever lines: "Poor Mexico, so far from God and so close to the United States." Item 36 is a large poster portrait of el Presidente, circa 1900, made for his birthday. $550.