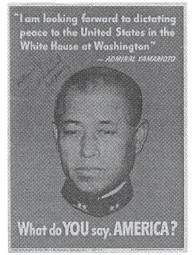 
New York City was never the strongest base of support for the Union effort in the Civil War. Many residents offered no more than lukewarm support for the cause, and as the need for soldiers dragged on, the city erupted in draft riots in 1863. Offered is a December 31, 1863 check, signed by Mayor George Opdyke to a "Patk Coyle" for $28.45. The check is marked in red as for "Riot Damages." Opdyke was a wealthy banker and merchant, opponent of slavery, strong supporter of Lincoln in 1860, and a zealous supporter of the Union effort, energetic in putting down the draft riots. However, those riots ended any chance of his re-election, and Opdyke eventually split with Lincoln over other issues. $250.

Sarah Polk, widow of President James Knox Polk, wrote to the widow of her husband's Secretary of the Navy, John Y Mason, in 1859, shortly after Mr. Mason died. She expressed her sympathies and recalled the times "which associated your honored husband with the life of my own dear lamented..." Mrs. Polk offers the guidance that "Submission to heaven, tears & the lapse of time, alone can assuage such anguish." Mrs. Polk would have much experience with the comforting aspects of the passage of time. Her husband died three months out of office, while she lived for another 42 years, outlasting six of the first ladies who succeeded her. $1,400.

The Office of War printed a dramatic poster in 1942 to encourage support for the war effort. It contains a picture of, and quote from, Japanese Admiral Yamamoto. The quote states, "I am looking forward to dictating peace to the United States in the White House at Washington." This copy of the poster is signed by U.S. Admiral Chester Nimitz. Nimitz planned the mission which shot down Yamamoto's plane and killed him in 1943. $1,250.

The website for Stuart Lutz Historic Documents, where you may download the complete catalogue, is www.HistoryDocs.com. Their telephone number is 973-275-9699.