Some Artistic Gifts Offered by the Arader Galleries 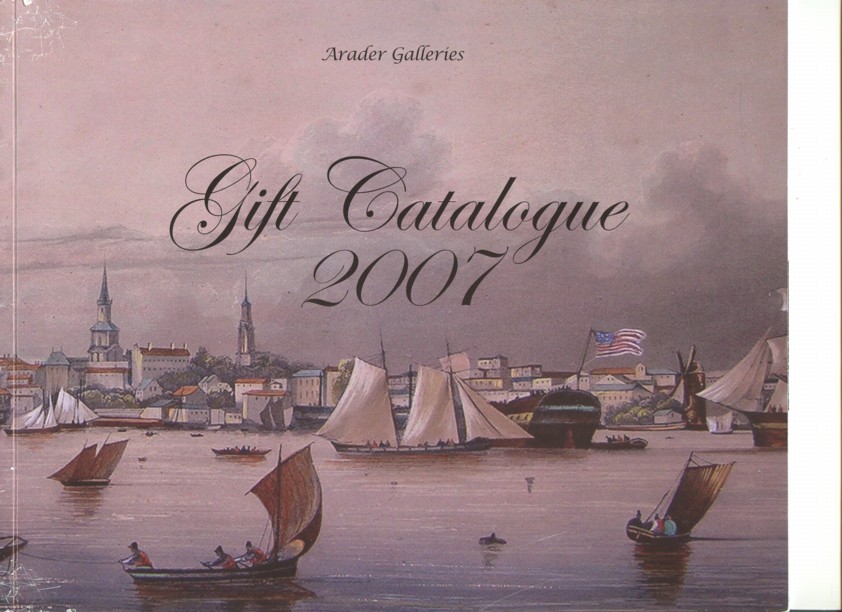 Some Artistic Gifts Offered by the Arader Galleries

The Arader Galleries have issued their Gift Catalogue 2007 for those who appreciate the artistic side of printing. Included are many framed plates, some from books, others separately published, of illustrations (often hand colored) and maps. In other words, most of this printed material is meant to go on the wall, rather than in the bookshelf. However, there are a few books here as well.

Unlike the typical gift catalogue, designed for Christmas or some particular holiday, Arader has designed this for any holiday. It can be used year ‘round. That's smart. It is described as "our annual catalogue of gift ideas for any occasion and budget." Certainly these are appropriate for any occasion, and will fit most, though perhaps not all, budgets. Prices range from $400 to $165,000.

The largest groups of colored engravings are those of botanical and zoological specimens from 17th through 19th century printings. Among the earliest are 1613 botanical specimens by Basil Besler taken from Hortus Eystettensis. From the 18th century are framed illustration from Mark Catesby's Natural History of Carolina, Florida, and the Bahama Islands. Catesby was an Englishman who spent several years in America and the West Indies, from which he produced his book filled with illustrations of flora and fauna from the New World.

From the early 19th century are a series of plates of Pierre Joseph Redoute's Roses. Redoute would be an artist and instructor for many of France's leading women, from Marie Antoinette to both of Napoleon's wives. However, it is his roses for which Redoute is best known. He used stipple engravings, that is, those based on dots rather than lines to create shading. Arader offers twelve hand-colored Redoute plates.

When it comes to wildlife drawings, there is no greater name than Audubon. Offered are eight plates from the octavo edition of Birds of America, and five from the double-elephant folio. Offered from the folio are the Trumpeter Swan, Wild Turkey, Wood Ibis, Iceland or Jer Falcon, and Hooping Crane. This is not the group that will fit any budget, but they certainly are spectacular. Also offered are six engravings from Audubon's Quadrupeds of America.