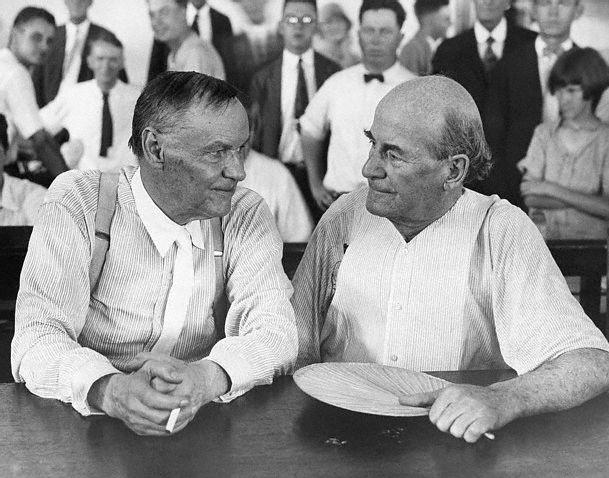 
The book is attributed to one of these witnesses, the one who took it all down in shorthand, Charles Mais, Stenographer. Even as a young girl of 12, Rachel suffered fits of somnambulism, where she would speak in a trance-like state as she went off to sleep. By the age of 20, she was giving full sermons and discourses on theology, something thought beyond the capacity of an otherwise average young lady. Poetry and music were also among her sleepy creations, but preaching was her forte, leading to the epithet, "The Sleeping Preacher." Physicians were baffled by her case and never could come up with an explanation. Perhaps faking it? Her story was published in 1814. $150.

This item signaled the end of a remarkable career. Nebraska Senator William Jennings Bryan was nominated by the Democratic Party for president three times, and managed to lose them all. He was a stirring populist speaker, a man with a devoted following who captured the hearts of something in the mid-forties percent of the voting public. That isn't quite enough. Near the end of his life, Bryan took off for Tennessee to argue the state's position in the prosecution of schoolteacher John Scopes for teaching evolution. This was the famous "Scopes Monkey Trial" where Bryan squared off against famed trial lawyer Clarence Darrow for the defense. Darrow's examination of Bryan on the stand concerning contradictions in religion, portrayed in the fictionalized movie account "Inherit the Wind," is one of the greatest legal confrontations ever seen. However, it was all for naught. The Judge struck it all from the record, and only allowed the jury to consider whether Scopes had violated the law by teaching evolution. Even Darrow didn't argue that point, so he closed his case and prepared for appeal of the inevitable guilty verdict on the grounds of unconstitutional establishment of religion. He didn't even make a closing statement, which by Tennessee law prevented the prosecution from making a closing statement either. Bryan had prepared his closing defense of religion, but Darrow's move cleverly prevented him from ever delivering it. All that could be done was to publish Bryan's never delivered closing speech. Here it is: The Great Commoner's Last Speech: Prepared for Delivery in Closing Argument for the State in the Evolution case at Dayton, Tennessee, July 21, 1925. Tragically, Bryan, who was not well at the time, died just five days later. Scopes was convicted, and on appeal, the Tennessee court upheld the constitutionality of the law but overturned Scopes' conviction on a technicality. He was never retried, and it was not until 1968 that the U.S. Supreme Court ruled such statutes unconstitutional. Item 25. $75.

Item 55 concerns another famed American trial: The Case of Sacco and Vanzetti: A Critical Analysis for Lawyers and Laymen. This case is still debated, whether the Italian anarchists were innocent men convicted on account of prejudice, or guilty men, convicted with the assistance of prejudice. This is a 1954 reprint of the work, and is signed by Felix Frankfurter, renown U.S. Supreme Court Justice, who at the time assisted the defense during the appeals process. $550.

The Lawbook Exchange may be found online at www.lawbookexchange.com, telephone 732-382-1800.