Churchill in Word and Image As Collected By Carolyn L. Smith 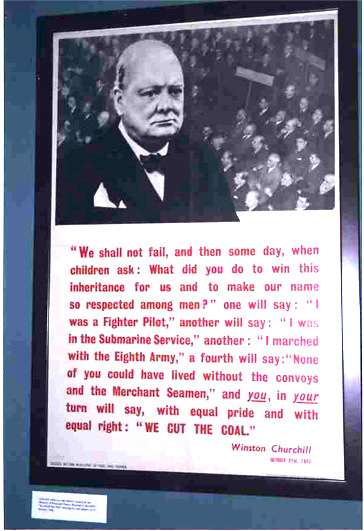 Churchill in Word and Image As Collected By Carolyn L. Smith

Part One: The Churchilliana Collection:

We at AE decided that we wanted to review an exhibition called “Chuchilliana From the Collection of Carolyn L. Smith”, available for view to members of this esteemed book club – and to select guests of members and general members of the public by advance phone appointment – until March 14, 2003. The fact that the exhibition was curated by Mrs. Carolyn L. Smith, President of The Grolier Club, and that its materials came from her vast Churchill collection made us even more eager to visit the show.

I will start this interview with Mrs. Smith’s Introduction to the pamphlet accompanying the Churchilliana show. It is a useful quote to have in mind when reading the interview, so I include it here:

I was first attracted to the works of Winston Spencer Churchill by his superb use of the English language, particularly his speeches. The speeches lead one into a further world of history, travel, battles, painting, and much more. A complex and restless man, Churchill’s interests ranged widely. They covered a world far beyond that of books. He was an avid polo player, enthusiastically entered into landscaping plans for his beloved Chartwell, painted in Europe and Morocco and indulged in high jinks with his children. He was devoted to his wife, Clementine. Opinionated and well read, he never hesitated to speak on the issues of the times and to do so eloquently. He was also known for his devastating wit, of which one probably would just as well not be on the receiving end.

Churchill and his family lived well and he worked diligently at his writing to support their lifestyle. In addition to the many books he wrote, many periodicals regularly carried his work. However, he never lost sight of his political interests and of the welfare of his country. One could make the argument that it was his oratory as much as his day-to-day plans which won the Second World War. Although an intransigent man when he was convinced right, he was not known to carry a grudge once a debate or encounter was concluded. He was a gold mine for political cartoonists and loved their work. He held many important offices in government and was involved in many of the important issues of the day. He was a prime time politician in a newsprint era. The cartoons probably served much the same purpose as today’s sound-bit newscasts.