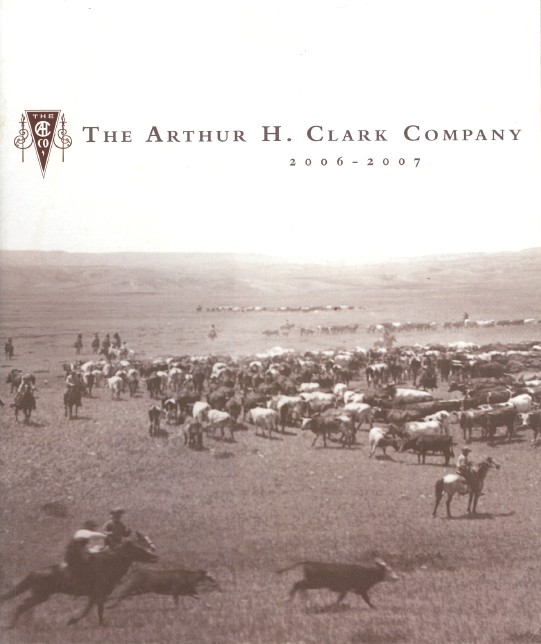 We recently received a pamphlet from The Arthur H. Clark Company. The Arthur H. Clark Company was a bookseller and publisher for over a century, recently located in Washington State. However, they announced some major changes this past summer. The publishing arm, still known by the Arthur Clark name, has been combined into the University of Oklahoma Press. Robert Clark, founder Arthur Clark's grandson, will be managing this arm of the O.U. Press under the Arthur Clark name. Meanwhile, the Clarks will separately run the bookselling business under the name Clark Rare Books from Norman, Oklahoma. The bookselling business should be back in full swing later this year or early the next.

Meanwhile, we will take a look at this recent pamphlet from the new Arthur Clark/OU Press, as while we usually limit our reviews to catalogues of old books, this venerable bookseller/publisher has some interesting historical works to offer. Specifically, these histories have to do with the Mormons. Persecuted wherever they traveled in the East and Midwest, they emigrated to the wilderness of Utah to escape prejudice. It managed to find them anyway, though some say the Mormons could at times give back in return. The issue of prejudice is still timely for Mormons, witness the recent statement by the politically influential James Dobson, of Focus on the Family, that he does not believe many conservative Christians will vote for Mormon presidential candidate Mitt Romney. Here are the new, "old" books being offered.

Bones in the Well is an account of the Haun's Mill Massacre of 1838. The Mormons had already moved from New York and Ohio to Missouri. They were not welcome by the locals. There were already disputes and confrontations, and on October 7 of that year, Missouri's governor announced, "The Mormons must be treated as enemies, and must be exterminated or driven from the state." Missourians did not like that they were different, voted in bloc, and stayed together, and feared they were abolitionists and friendly to Indians. On October 30, 1838, a group of the Missouri militia attacked the Mormons at Haun's Mill, killing 17 and wounding 13 more. The book includes testimony from eyewitnesses to the terrible event which would feed Mormon distrust of others for years to come. $29.95.

Reflections of a Mormon Historian includes 14 essays by Leonard Arrington. Arrington became official Historian for the Church of Latter Day Saints in 1972, and is noted for "New Mormon History." He attempted to run a middle ground as historian between being absolute defender and attacker of all of the faith's claims, trying to serve as objective historian. $36.95