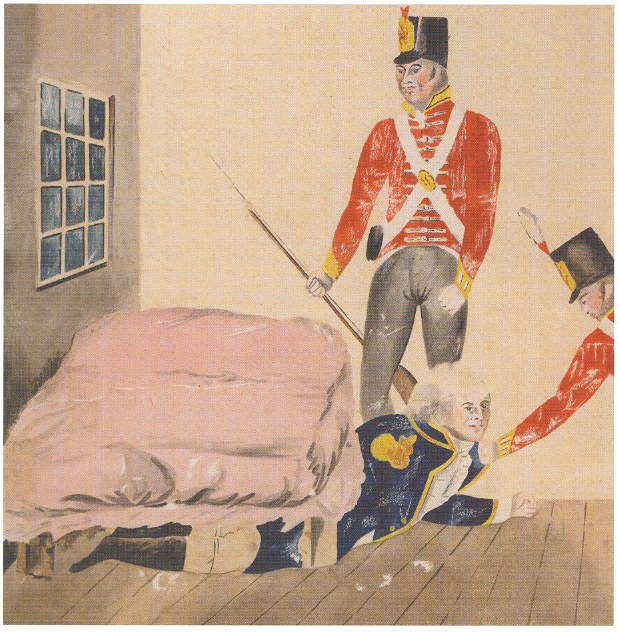 For those interested in the famous, or infamous, Captain Bligh, it is all here. It starts with two unrelated texts about the wonders of breadfruit. Bligh's mission on the Bounty was to transport breadfruit seedlings from Tahiti to the Caribbean, where they could be used as an important food source. Then it moves on to Bligh's accounts of the mutiny, both his first and expanded second book. There is a copy of the account of the ship Pandora, sent to capture the mutineers, but which went down on a barrier reef. There are minutes of the court martial in England against the mutineers. Also, the extremely rare answer given by Bligh to allegations made against him during the proceedings. There is even a copy of the faked letters from chief mutineer Fletcher Christian, purporting to tell of his escape from Pitcairn Island to new adventures around the world. Item 164, however, recounts a second mutiny against Bligh much less known than the famed one on the Bounty. Fifteen years after the famous mutiny, Bligh was appointed Governor of New South Wales in Australia. Ultimately, Bligh proved to be about as popular there as he was with the crew of the Bounty. He was arrested and removed by subordinates on January 26, 1808, though he would eventually be exonerated back in Britain, be promoted to Rear Admiral, and live out his life without further insurrection. Item 164 includes six 1898 facsimiles of documents relating to his arrest printed in Sydney, along with a colored facsimile of a famous image of his arrest, where he was purported to have been dragged out from under a bed where he was hiding. Bligh may have been hiding in hopes of re-establishing his authority before he could be captured, but the image of him cowering in fear is almost certainly grossly unfair, as his amazing journey back in a small boat after the mutiny on the Bounty attests to his courage. AU $9,000 (US $6,840).