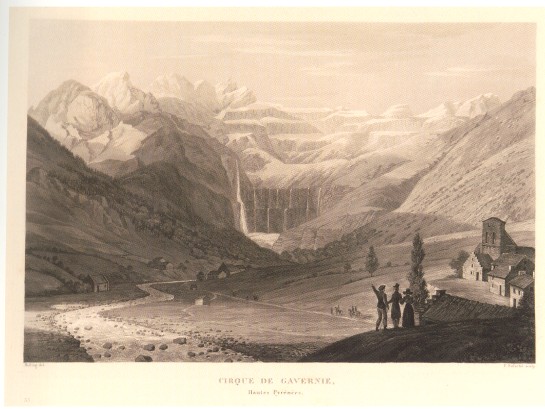 
Voyage pittoresque dans les Pyrenees Francaises et dans les departments adjacents offers a beautiful excursion through the Pyrenees Mountains of France. The French government commissioned artist Antoine-Ignace Melling to produce a series of drawings of the mountains, to show that they were as beautiful as the Alps. Melling did not fail. Text was provided by Joseph-Antoine Cervini, and this magnificent book was published in 1830. Item 14. C15,000 (US $19,328).

Peter Stuyvesant was the leading New Yorker before there was a New York. He was the Governor of the earlier Dutch colony to occupy that space, New Amsterdam. He was noted as a generally good leader, and a promoter of education, but was also a bit more intolerant of minority religions than the usually progressive Dutch. Stuyvesant assumed leadership of the colony in 1647, but surrendered the territory to the British after the Anglo-Dutch War. The British King Charles II gave the tract of land to his brother and future King James II, then the Duke of York, which explains the city's current name. Stuyvesant returned to the Netherlands, but was then allowed to go back to his old estate on Manhattan Island. On the way back, he stopped in England, where he received permission to conduct trade between the Netherlands and his old colony, that permission being limited to just three ships and seven years. Item 98 is a 1667 safe conduct letter for one of those three ships, the "Nieuw Jork," and is signed by the Duke of York himself. A year later, the British changed their mind and revoked this permission. However, Stuyvesant remained on his 62-acre estate in Manhattan (what would that be worth today!) for the remainder of his life. C40,000 ($US 51,500).