African and Other Travels from Allsworth Rare Books 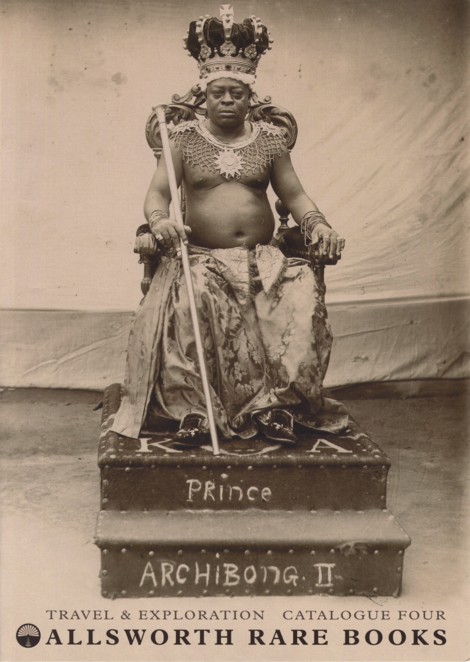 African and Other Travels from Allsworth Rare Books

Allsworth Rare Books of London has released a most intriguing catalogue of Travel and Exploration. This, their fourth catalogue, is highlighted by travels from Europe to Africa, primarily in the 19th century. Those who collect Africa or African explorations certainly need to see this collection. However, you will also find travels to other lands, including China, Japan, India, and Panama included in this volume. Here is a look at a few of the items offered.

Kilimanjaro, the highest mountain in Africa at over 19,000 feet, was virtually unknown in the West until the mid-19th century. Its near Arctic weather and snow capped peak stands in dramatic contrast to the tropical lands which surround it. German Hans Meyer was the first westerner to climb its peak, which he managed on a second attempt in 1889. His is the first recorded ascent of the mountain, though natives of what is now Tanzania may well have preceded him. Item 122 is the first English edition of Meyer's recounting of the ascent, Across East African Glaciers, published in 1891. Kilimanjaro is unusual in that, despite its great height, it requires no special tools or mountaineering skills, just time, persistence, and clothing for a variety of climates. With the help of guides readily available, you can repeat Meyer's significant, if not spectacular ascent to the top. Priced at £3,750 (British pounds, or US equivalent of $6,540).

Prince Archibong II was turn of the century royalty of Calabar, a city in current Nigeria, in an area where several rivers meet. It was once the capital of the British Niger Coast Protectorate. Item 140 is a photograph of the Prince seated on his thrown. I have not been able to find out much about Prince Archibong II, or whether he was ever king, but based on his picture (see the image on the front cover of Allsworth's catalogue), I can say he had a very nice crown and ate well.£800 (US $1,395).

Many people, at least in America, tend to think of the Emancipation as the end of slavery. America was the last western country to tolerate the practice. However, slavery, and the slave trade, continued unabated in other parts of the world. Here is a look at that continuing trade: The slave trade in Africa in 1872. Principally carried on for the supply of Turkey, Egypt, Persia, and Zanzibar, by Etienne Berlioux. Item 20. £200 (US $348).

Here is another photograph from Africa, circa the 1890s. From German East Africa, it is a photograph of the Sultan of the Wa-chaga tribe, with his six wives and one dog. We can tell who was special to the Sultan. Item 1. £275 (US $479).