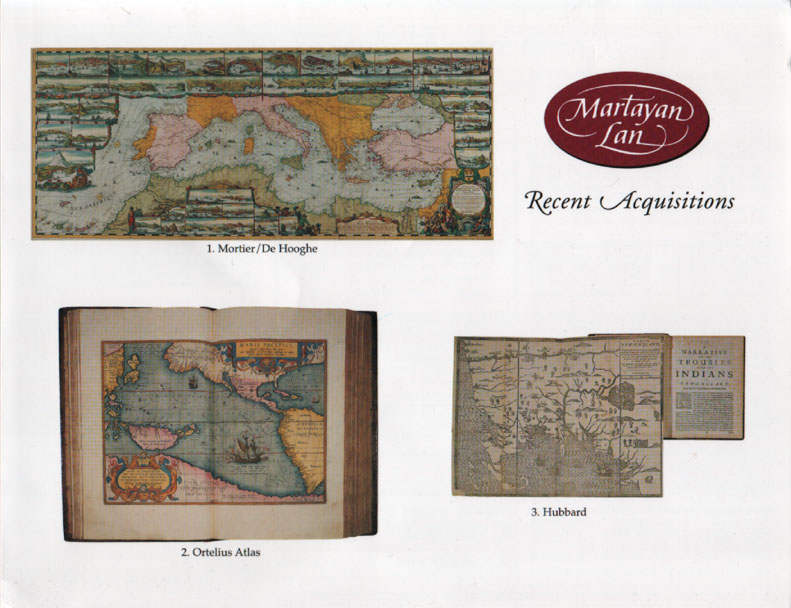 
NEW COLUMN ANNOUNCEMENT: This issue of AE Monthly inaugurates a new regular feature for us: from now on we will print reviews of recent catalogues produced by Americana dealers. This feature is an open one in that we invite submissions of online or printed catalogues from any Americana dealer, so long as he or she is signed up as a member of AE. Any dealer who wishes to pursue having their catalogues reviewed by us simply needs to drop a line to AE Monthly’s Managing Editor Abby Tallmer at atallmer@americanaexchange.com. Please remember that we publish on a monthly schedule and that we’d like to have your catalogue in hand or viewable online version approximately one month before our next issue goes to press at the first of the month.

As we will see, this statement is no simple boast: it reflects reality. We will go now from Martayan Lan’s stated mission to its actual accomplishments, in the form of the catalogue that passed this desk: