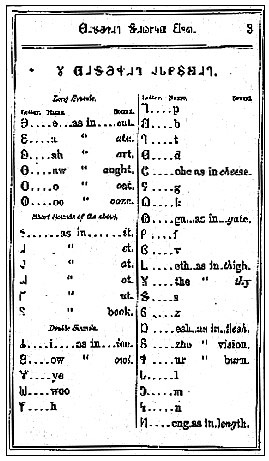 
Oregon collectors will be interested in two congressional documents from 1846. Item 300 is Settlement and adjustment of the Oregon Question...transmitting a copy of the treaty entered into between the government of the United States and Great Britain. This is the House of Representatives document pertaining to this treaty. $85. Item 301, Message from the President of the United States, communicating a copy of a convention for the settlement of the Oregon question...is the senate equivalent. $75. In 1846, Great Britain still had claims on the Oregon territory dating back to Captain Cook's expeditions. Meanwhile, expansionist Americans had pushed for a U.S. Canada border at the 54-40 parallel, which would have relegated western Canada to the land of permafrost. The Oregon Treaty of 1846 concluded this dispute, placing the western Canadian border at latitude 49 while giving the Oregon territory to the United States. Perhaps even more importantly, ending the dispute with the British allowed President Polk to focus his forces on Mexico, where he would soon seize California and the Southwest in the Mexican War.

Here is a recent book about the participants in a 200-year-old journey. The title is, The Fate of the Corps: What became of the Lewis and Clark Explorers after the Expedition, by Larry E. Morris. Most people are aware that Lewis died just three years after the expedition returned, of gunshot wounds under mysterious circumstances. Clark went on to have a long career as an Indian agent, and his friendly and fair dealings with the tribes set a tone sadly not followed by others. He lived until 1833. What about the other 31 members? Simply order item 207 to find out. The last survivor died in 1870, meaning he lived to see the transcontinental railroad turn their incredible journey into unknown lands into a couple of days trip in the luxury of a railcar. $20.

Hello? Hello? Did they really have telephones in California's Owens Valley in 1914? Evidently they must have, as item 90 is their 1914 telephone book. The Owens Valley telephone book covered the communities of Bishop, Barstow, Victorville and more. Eighteen pages, including many advertisements, was sufficient to cover all of the area's telephones at that time. $27.50.

Independence Rock is a large outcropping along the Oregon Trail in Wyoming. It became known as the "register of the desert" as many who passed that way, including parties traveling to Oregon, California, and Mormons heading for Utah, carved and painted their names on the huge rock. It is estimated that close to half a million people passed by the rock during the great westward migration prior to the opening of the transcontinental railroad. The first name was carved in the rock in 1824, but most are from the middle of the century. The origin of the rock's name is unknown, theories including that early travelers celebrated Independence Day there, or that the name signifies the rock standing by itself, independent of all others. For a history, pictures, and map of the rock and its surroundings in 1930, Clark offers Independence Rock: The Great Record of The Desert. It was published by the Natrona County Historical Society. Item 257. $42.50.