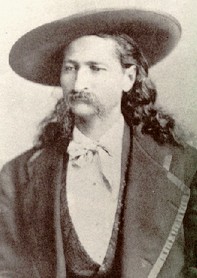 
Looking for the opposite of southern cooking? It's all here in the Northern Cookbook, by Eleanor Ellis. We aren't talking Yankee pot roast here. No, we mean polar bear, moose, caribou, seal and whale. There's even a section on "arctic gourmet recipes." One nice thing about far northern cuisine is it's not too heavy on vegetables. Item 38. $75.

Joel Palmer's Journal of Travels Over the Rocky Mountains to the Mouth of the Columbia River...is one of the most important Oregon Trail works. The original 1847 edition was actually used as a guide by many of its travelers. It is today a rare and quite valuable book. In 1906, the book was reprinted by Arthur H. Clark, one of his earlier publications, this time edited by famed author and historian Reuben Gold Thwaites. Item 106 is a copy of this scarce Clark edition, and it comes with an interesting inscription dated 1922. Signed by Mrs. Hannah Shaw, it says, "The author, 'Joel Palmer' - is my Uncle, my - Mother's brother." $500.

Item 21 is No Life for a Lady, an account of growing up in rural New Mexico by Agnes Morley Cleaveland. Mrs. Cleaveland moved away when she grew up, living most of her life on the east or west coast, but returned to her home in Datil, New Mexico, in her later years. I do not know what Datil was like in the late 19th and mid-20th century when she lived there, but I can attest there's not much to keep a lady entertained there even today. For those wishing to check it out for themselves, Datil is located between the Very Large Array radio telescopes, placed there because nothing else is, and Pie Town, so named because of the delicious pies sold at the local gas station in the 1920s. $150.