Books and Manuscripts of All Ages from the 19th Century Shop 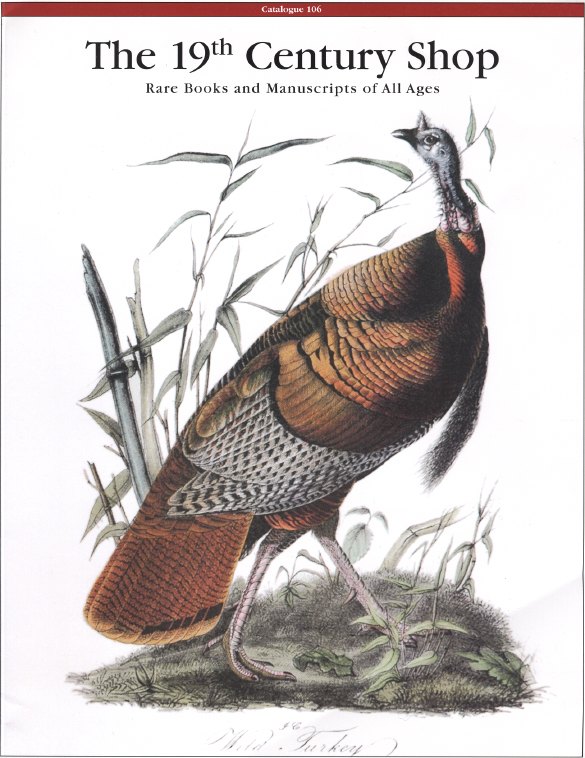 Books and Manuscripts of All Ages from the 19th Century Shop

The 19th Century Shop has issued its Catalogue 106 of "Rare Books and Manuscripts of All Ages." This is a wonderful collection of works from some of the greatest scientists, writers, political and other leaders from half a millennium. Many of them carry the signatures and inscriptions of their famous creators. Here are a few selections from this fine collection.

Isaac Newton was one of the greatest minds and most important scientists the world has ever known. Therefore, it's a bit surprising to find that he was obsessed with his genealogical pedigree. Newton was born to a solid but not aristocratic family. His father died before he was born and he was raised by his grandmother. Perhaps this led the great man to be so concerned about his background. The 19th Century Shop offers a manuscript draft in which Newton relates family traditions which linked him to Sir John Newton. It is all very strange since Newton's reputation would long outlive those of the noblemen he admired. Priced at $75,000.

Albert Einstein may be the only other scientist on Newton's level, but he didn't suffer from an aristocracy complex. He was a humble genius. Offered is a first edition of Die Drundlage der allgemeinen Relativitatstheorie. The English-speaking world knows this better as the "General Theory of Relativity." This 1919 book is signed and dated by Einstein in 1951. 19th Century provides a quote from Einstein about this book: "Hardly anyone who truly understands it will be able to escape the charm of this theory." I wouldn't know. $32,000.

This is one of the most important travel anthologies ever published: the complete set of Cook's Voyages. Captain James Cook led three voyages to the Pacific. The first was undertaken to observe a rare transit of Venus, which would enable calculation to be made of the Earth's distance from the sun. However, along the way, Cook discovered Australia and New Zealand. The second established that the huge southern continent then believed to exist in fact did not. The explorers were the first to cross the Antarctic Circle. The third voyage unsuccessfully sought a northwest passage, but did discover Hawaii, where Cook was killed by natives. The ten-volume set is priced at $95,000.

Clement Moore was one of America's preeminent Biblical Hebrew scholars of the 19th century. His father was the Episcopal Bishop of New York and Moore became a Professor of Classics at General Theological Seminary. His work herein offered is called a Compendious Lexicon of the Hebrew Language, a two-volume set published in 1809. While this was Moore's greatest work, it is not what he is remembered for. He is remembered for a little poem he wrote for his children which Moore thought insignificant. It is called "A Visit from St. Nicholas," now better known as "Twas the Night Before Christmas." $3,800.