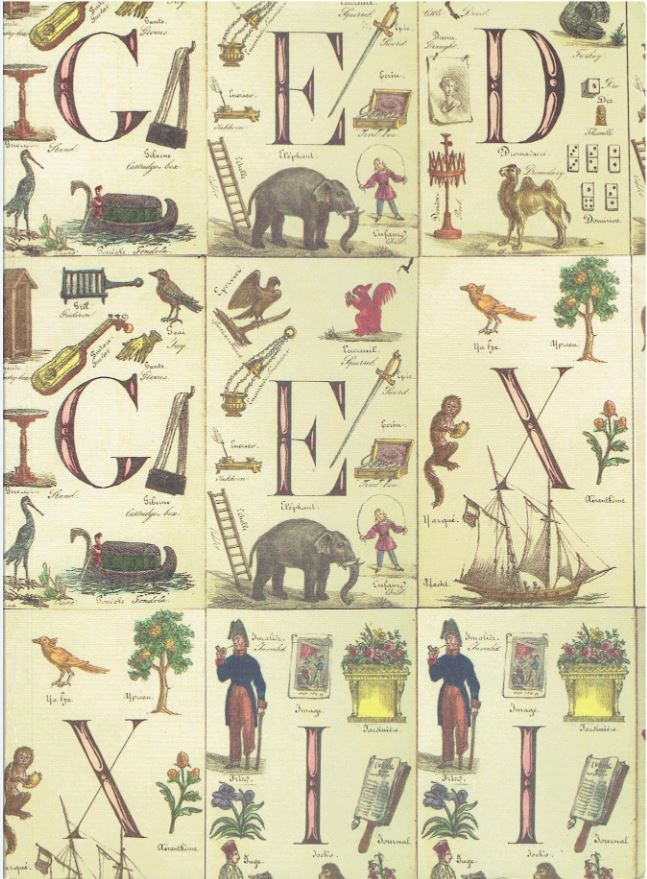 Samuel Gedge Ltd. has published their Catalogue XXII. Gedge regularly provides a mix of items, both books and ephemera, overwhelmingly from the 17th - 19th century. Many of these are truly amazing survivals – things you might think would have disappeared years ago. Somehow, they were put away and forgotten for a few centuries before reemerging today. Gedge being a U.K. based bookseller, the heaviest concentration is British in origin, though not exclusively so. This is a fascinating collection of unusual material which collectors of the not-so-obvious will immensely enjoy. Here are a few of the items offered.

Admiral George Anson returned to England in 1744 a great hero after circumnavigating the globe. It was not the circumnavigation that made him a celebrity. Circumnavigations were old hat by then. It was the treasure he brought back, pirated from a Spanish ship in the Pacific. Since he was authorized to steal from the Spanish by the government, a "privateer" rather than a pirate, all was well and good. Anson became wealthy for life, and one of his many worshipful countrymen wrote a song in his honor. Item 14 is a 1744 broadside of that song, A new song, in honour of the glorious admiral Anson; sung by Mr. Corbell (in the character of one of the ship's crew) at the New Wells. The New Wells was a theater now known as Sadler's Wells. Not to rain on the Admiral's parade, but other than capturing this one ship on the Pacific, Anson was not successful in harassing Spanish shipping from South America as was his mission, five of his six ships either sank or were forced to return without making it through the Straits of Magellan, most of his men died in either the wrecks or from disease, and he was not particularly generous to those who did survive while becoming personally wealthy. Priced at £750 (British pounds, or about $1,095 in U.S. dollars). Note: Overseas buyers may now find better prices as these are pre-Brexit exchange rates.

Medicine was much better back in the 18th century. They had a cure for everything. Item 61 is a 1747 handbill For the Bite of a M A D – D O G. In other words, it is a cure for rabies. It is made from a preparation of rue (a scented plant), garlic, Venice treacle or mithridate (these are combinations of some 60+ plants, animal parts and who knows what else), scrapings of pewter, and strong ale. However, it must be taken within nine days of being bitten to be effective. The efficacy of this medicine was proven in a town where "the whole town being bitten with a mad-dog, and all that took this medicine did well, and the rest died mad." £450 (US $657).

Next up, rather than a medicine, we have a medical comedy. The premise made some people squeamish as it came at a time of great fear of cholera. As a contemporary reviewer noted, the play was "intended, as he says, to laugh people out of their fears of that alarming malady." The "he" was the play's author, actor and theater manager Benjamin Webster, who was one of the actors when it opened at the Royal Coburn Theatre in 1831. The play's title is The cholera morbus or love and fright. This is a manuscript copy in Webster's handwriting, dated November 1831. There is no evidence the play was ever printed. The gag around which the comedy is based, which leads to a series of complications, and finally a happy ending, is a young lady escapes from her miserly guardian. He runs after the young lady yelling "Collar her! Collar her!" You can guess the misunderstanding of his words that leads to all the fright. The reviewer noted, "After all, there is not much to laugh at in this; but Webster, with his good-humoured face, can always please an audience." Item 68. £2,750 (US $4,017).

Gedge offers a selection of amusing advertising broadsides from the 19th century, among which are the following:

Item 103. Exhibiting copies of masters' paintings created from "scraps and shreds of cloth." The creator is unnamed, save for being "the widow of an officer in the army." However, the Queen and other important people recommend it. £450 (US $657).

Item 108. Here is something else very large: A Most Wonderful Rat. This was a gigantic rat, three feet three inches long. It was probably actually a muskrat or something like that. £450 (US $657).