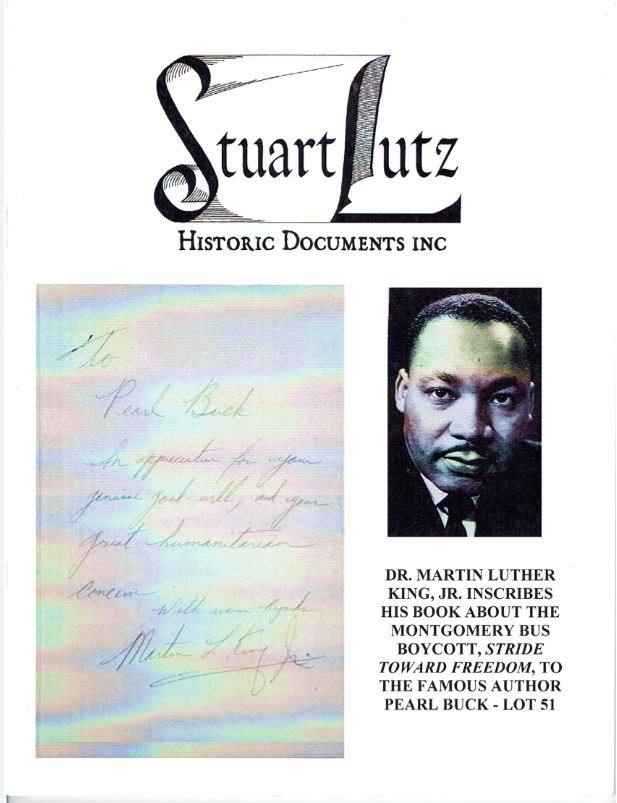 An inscription from Martin Luther King to Pearl Buck.