Art (and a Couple of Books) from August Laube 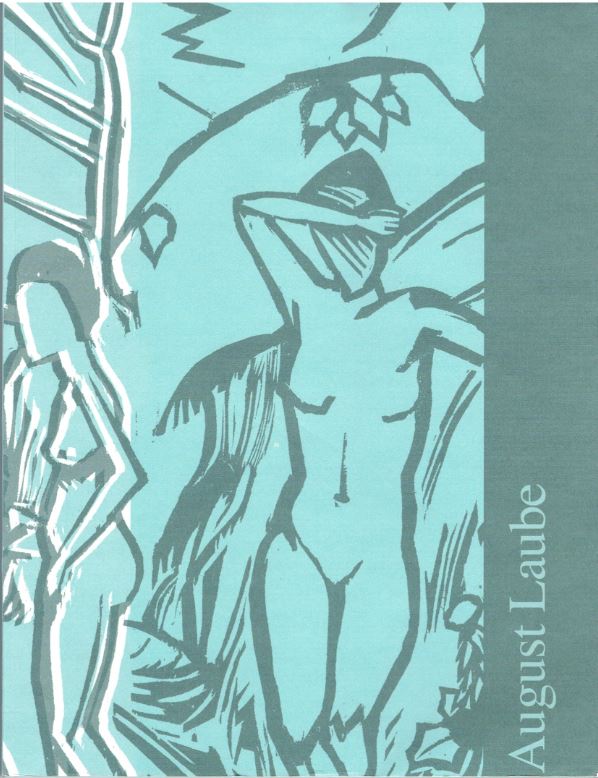 Art (and a Couple of Books) from August Laube

August Laube Buch und Kunstantiquariat (antiquarian books and art) of Zurich, Switzerland, has published their Katalog 2015. Their specialties are old master prints, modern prints, rare books, drawings, and Swiss artists. We will focus on the printed material, which in this case is primarily prints, rather than on original artwork. Some are very old, dating back to the 15th century. Theological subjects dominate this early work, while later paintings and prints found in the catalogue are mainly of beautiful scenes.

The catalogue is bilingual, making it accessible to those who don't speak German. The other language is English, with each description provided in German and English side by side. Prices are a compromise – they are in Swiss francs. Here are a few samples of what is to be found.

Saint Veronica holding the Sudarium and two Apostles S. Peter and S. Paul on either Side. This is a pre-1460 woodcut of unknown origin. It was found glued inside the back cover of an early 15th century manuscript. Peter and Paul are depicted in side sections of the image, while the center shows St. Veronica, holding her sudarium with an image of Jesus on it. A sudarium is a cloth used to wipe one's face. According to legend, when she saw Jesus carrying his cross, she gave him her veil to wipe his forehead. Jesus accepted the offer and returned it to Veronica, whereupon his face appeared on it. It is this legend the very old woodcut illustration depicts. Price on request.

St. Christopher. This 1511 woodcut depicts St. Christopher carrying a child across a river, struggling from his burden. This legend says that a huge, fearsome looking man called Reprobus (scoundrel) went looking for the greatest king to serve. He found one, only to find him crossing himself in fear of the Devil. So, Reprobus found the Devil, only to find he feared Christ. Reprobus asked a hermit how he could serve Christ, and was told that if he used his size to carry people across a dangerous river, this would be pleasing to Christ. He did this until one day he carried a child who became so heavy during the journey Reprobus barely made it across. When he commented to the child it felt as if he were carrying the weight of the whole world, the child said that he was, along with its maker. The child revealed he was Christ, and renamed Reprobus Christopher (Christ-bearer). This is how St. Christopher became the patron saint of travel and children, though the Catholic Church no longer officially recognizes him as a saint. Priced at CHF 24,000 (Swiss francs, or approximately $23,606 in U.S. dollars).

Piscium vivae Icones. This is a collection of 16 sea-related engravings – fish, shellfish, sea mammals and freshwater fish, presented in a sea-themed environment. They were printed around 1600, possibly in Venice. They are bound in a contemporary binding with a manuscript title. CHF 8,000 (US $7,868).

Versuch einer Beschreibung historischer und naturlicher Merkwurdigkeiten der Landschaft Basel. This translates roughly to "an attempt at a description of the historical and natural sights of the countryside around Basel." This one is a book, in fact, seven volumes worth. The author is Daniel Bruckner, a lawyer and official from Basel who became a local historian through the study of the archives of Basel and surrounding towns. Illustrations were provided by Emanuel Buchel, a baker from Basel who changed careers to become an artist and illustrator. This extensive set was published from 1748-1763. CHF 17,000 (US $16,731).