Many Topics from James Cummins Bookseller 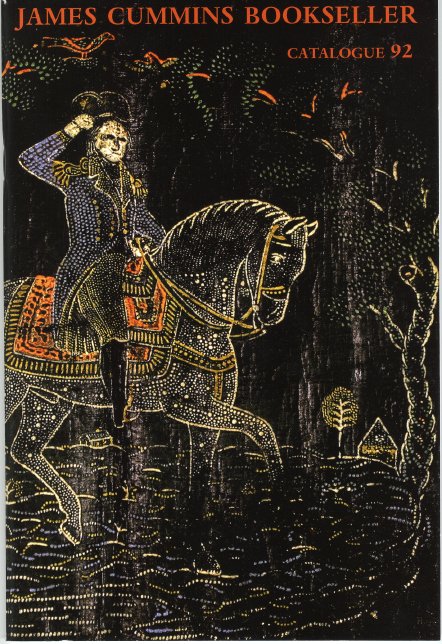 Many Topics from James Cummins Bookseller

James Cummins Bookseller has released his 92nd catalogue. It is broken into five sections: miscellaneous, Americana, science and medicine, travel and maritime, and printing history. That should be enough of a range to interest just about any collector. These are some of the items you will find.

Item 30 is a most intriguing book for anyone with an interest in early photography. It is Thoughts on the Philosophy of Light, by William Newton, published in Jeffersonville, Indiana, in 1843. It speaks of the properties of light and their implications on the future of photography. Although the astonishing development of black and white photography was only a few years old at the time, Newton was already predicting color photography. His argument was that if plates could use the impact of light rays to capture form, there was no reason why the same could not be done to capture color. It would take almost another century, but his prediction would come true. Newton also foresaw photography as a means of mapping the stars. This, too, might have seemed a bit far out at the time, the light from stars being too faint for the crude early processes. However, Newton argued, "the object which is sufficiently near to make an impression on the eye, is not too distant to produce a similar impression on a properly prepared metallic plate..." Cummins' copy carries an inscription from Newton to his brother Richard. Priced at $2,500.

This marvelous invention to capture and preserve images would be commonplace a few decades later, when famed Indian fighter General George Armstrong Custer sat for the portrait offered as item 48. This one comes with a most interesting provenance. It was presented by Custer's widow, Elizabeth, to his friend the famed western showman Buffalo Bill Cody. Cody served as a guide for Russian Grand Duke Alexis in the company of Custer in 1872. In the summer of 1876, he served as a scout for the 5th Cavalry. Some officers at the time speculated that Custer might never have fallen into the trap at the Little Big Horn if Cody had been scouting for the 7th Cavalry instead. Buffalo Bill soon thereafter permanently retired from the scouting business, and put together his Wild West Show, which made him the household name he is today, almost nine decades after his death. This photograph carries the inscription "For my husband's unwavering friend Col Cody," along with the signature, "Elizabeth B. Custer." $3,000.