Rare American Books and Manuscripts from The 19th Century Shop 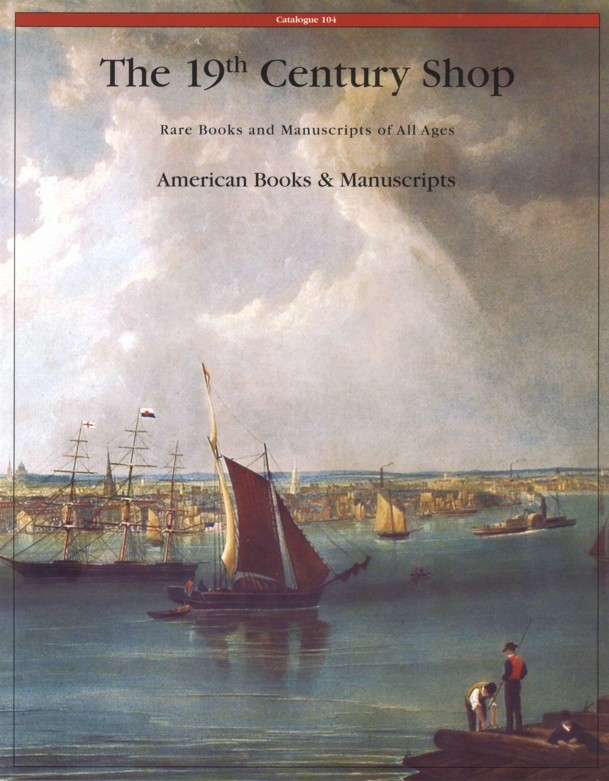 Rare American Books and Manuscripts from The 19th Century Shop

The 19th Century Shop has published its 104th catalogue, American Books and Manuscripts. It offers an interesting mix of familiar and obscure material. Items are as diverse as a Washington letter and a photograph of the first Brooklyn fire station. What is common is that all is first-rate material appropriate to a quality collection. Now for a few items you will find.

That Washington letter was an introduction for Count Luigi Castiglioni, an Italian nobleman touring the United States in 1785. If you're looking for an "in" with people of the U.S., who better to provide such as introduction than General Washington? This letter was addressed to "Gov. Moutree" (actually, Governor William Moultrie) of South Carolina. In the letter, Washington explains that Castiglioni is on a tour and sends his good wishes to the Governor and his wife. The letter is dated January 27, 1785. Priced at $24,000.

Moving quickly from our most famous president to our most famous ballplayer, we have a signed photograph of Babe Ruth. Domenico Facci was an artist who had been commissioned to produce a statue of the Babe. Small reproductions of his statue were used to promote the film "The Babe Ruth Story." According to Facci, Ruth presented him with this photograph, inscribed to Dominic Facci, on a visit to his home. Evidently Ruth must have had some personal warmth toward Facci as it was signed on Christmas Day, 1947. It is unlikely just anybody would have been invited to Ruth's house on Christmas. The picture displays Ruth after a swing of his mighty bat, eyes lifted upwards, presumably watching the ball go into the stands. This was either a great home run or a foul ball. Facci said Ruth told him it was the famous "called shot." On a sad note, this would be the Babe's last Christmas. Less than eight months later Ruth died at the age of 53. $6,500.