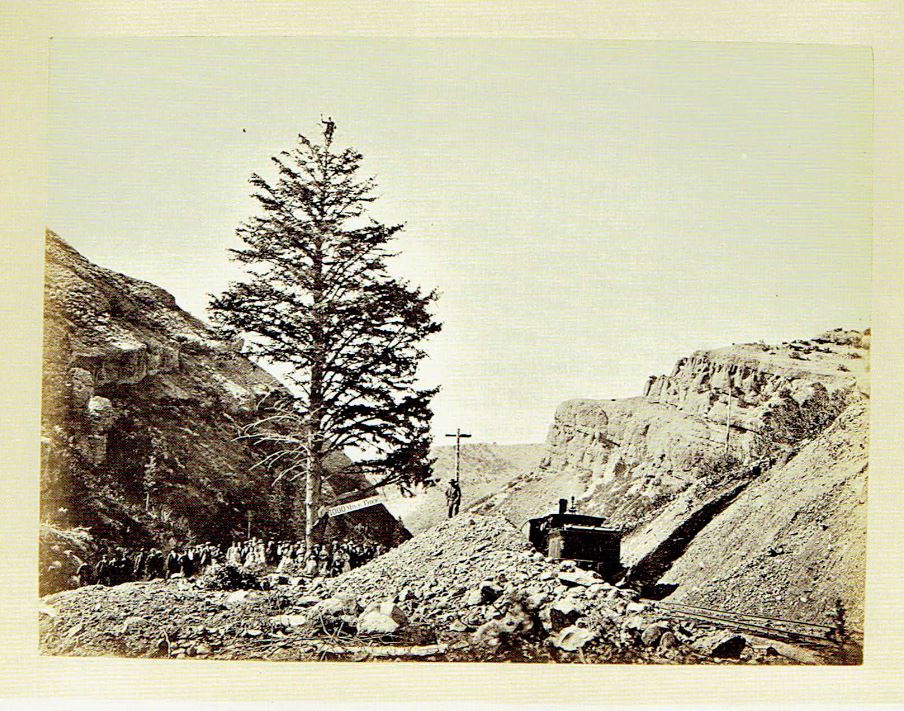 By the middle of the 19th century, the time had come to tame the West. There was no better way to do this then to run a railroad through it. George Wilkes had a bit more than just taming on his mind in 1845 when he published Project of a National Railroad from the Atlantic to the Pacific Ocean. For the Purpose of Obtaining a Short Route to Oregon and the Indies. Certainly, such a railroad would open up the West, help settle Oregon, and open a new trade route to Asia. However, at the time, there were questions whether the United States even had a west coast. Mexico still controlled California, Russia controlled Alaska, and the British still laid claim to Oregon (which included what is now Washington State) and Canada. The British attempted to limit America's claim to the old Louisiana Territory purchased from the French, with western borders in today's Montana and Colorado. Wilkes figured that if the United States built a railroad to the west coast, England, so far away, would be unable to enforce its claim to Oregon. As he announced, “The Railroad is the GREAT NEGTOTIATOR, which alone can settle our title more conclusively than all the diplomatists in the World... Arouse then, America, and obey the mandate which Destiny has imposed upon you for redemption of a world!” However, President Polk had a better way to realize America's Manifest Destiny. He attacked Mexico and seized California, New Mexico, and Texas (Mexico still claimed Texas at the time), and not wanting to fight England as well, reached a treaty with the British that gave America the Oregon Territory and England western Canada. Item 49. $2,000.

America didn't need a railroad to claim the west coast, but in time, it built one anyway. The transcontinental railway was completed in 1869. Geologist Ferdinand V. Hayden and photographer Andrew J. Russell published Sun Pictures of Rocky Mountain Scenery in 1870. It describes geologic formations and contains 30 photographs of the railroad between Omaha and Sacramento. For Hayden, the railroad opened the West to study of millions of years of the past displayed in its geologic formations. One of Russell's photographs (they also appeared in the 1869 title The Great West Illustrated) is displayed on this page, upper left. It is entitled the Thousand Mile Tree. It was located in Weber Canyon near Henefer, Utah, and was discovered growing exactly 1,000 miles from Omaha. Take a look at the very top of the tree. The Thousand Mile Tree died sometime around 1900, but the Union Pacific planted a new tree at the site in 1982 which can be seen today. Item 19. $15,000.