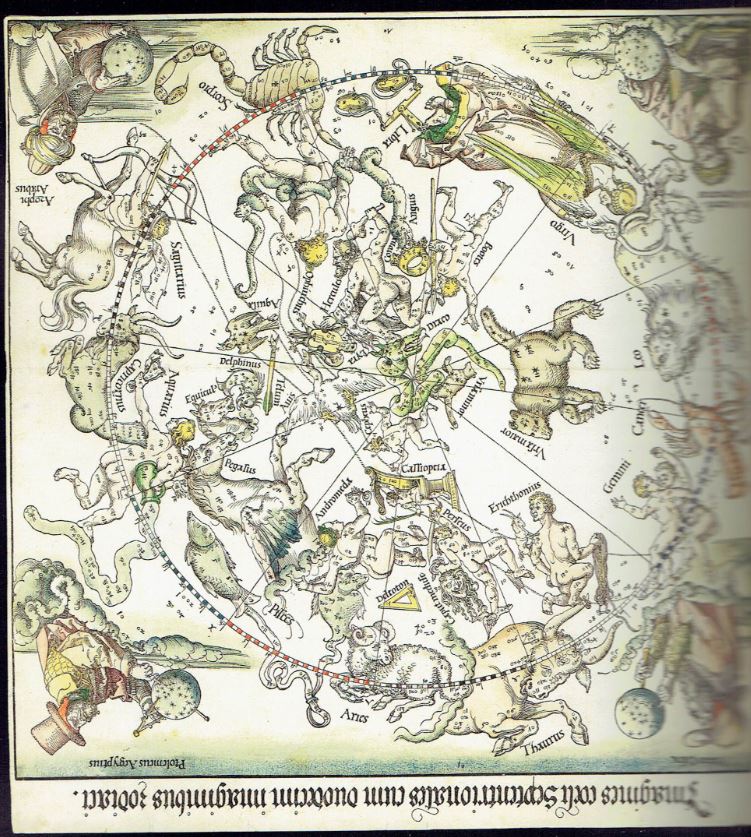 Next we have an Italian armillary sphere depicting the solar system circa 1825. This is a spherical object with rings representing the orbits of the six inner planets. At the center is a sphere for the sun, while another is a globe of the earth with a small attached disk for the moon. Outside of the planets are two other rings for latitude and longitude. Item 56. £16,000 (US $26,763).

Crouch describes item 3 as “the first printed scientifically-rigorous star charts.” These two charts from 1515 display the constellations in the sky, one for the northern hemisphere, one for the southern. While not the first charts to show the constellations, they were the first to accurately place them in their correct locations in the sky. As such they were the first real celestial maps. They were produced by the great German artist/engraver Albrecht Durer under the support of Holy Roman Emperor Maximilian I. £500,000 (US $836,391).