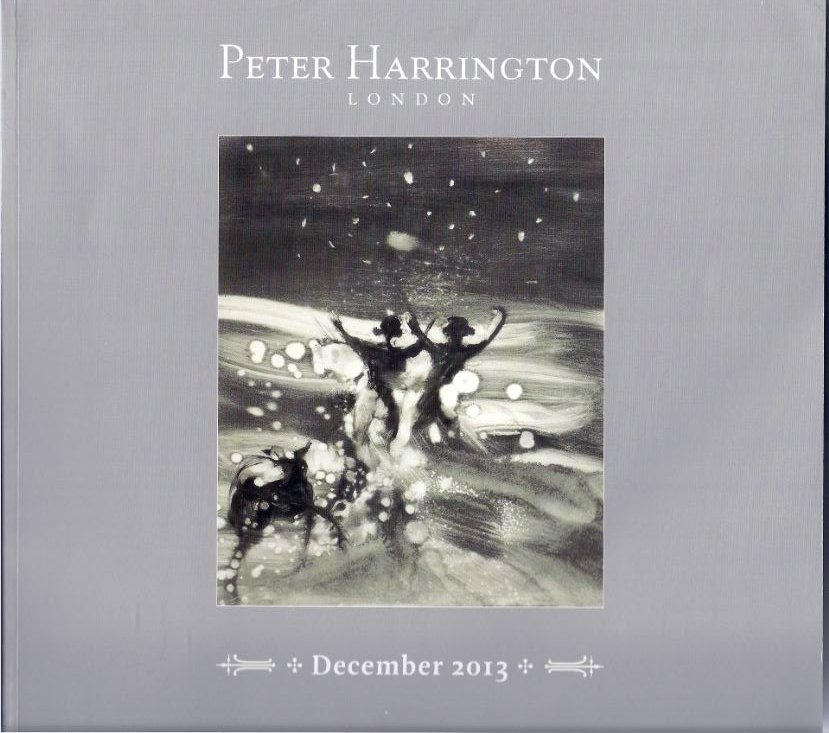 Peter Harrington released a catalogue for December 2013, for which we are only slightly behind. Offered are over 200 items, a mix of types and dates, nothing you can pin a real label on. Mostly, it contains interesting books and related items in top condition. Something for everyone. Here are some samples.

For boys who don't want to grow up, or women who know they must, item 5 is Peter and Wendy, by J. M. Barrie, a first edition first issue published in 1911. Barrie took his successful 1904 play, Peter Pan, or The Boy Who Wouldn't Grow Up, and extended it into a novel. Peter still wouldn't grow up. Nonetheless, his story would become a favorite for generations of children who probably shared his sentiments. Priced at £750 (British pounds, or about $1,222 in U. S. dollars).

Item 25 was Winston Churchill's first book, though it would certainly not be his last. Churchill would go on to be an incredibly prolific author, though writing was just his spare time activity. This book is titled Story of the Malakand Field Force. An Episode of Frontier War, published in 1898. Churchill had volunteered to serve on a mission against some unhappy tribes in India who did not appreciate the British generosity in trying to civilize them. Churchill was destined for much greater heights both in his roll as writer and public servant from these early beginnings. £3,750 (US $6,113).

France of two centuries ago would hardly seem a locale for a most popular American theatrical production of today, but over the past couple of decades, Les Miserables became one of the longest running Broadway musicals in history. Item 96 is the original, at least in English. It is the first English edition of Victor Hugo's classic, published in 1862, only months after the first one in French. £6,000 (US $9,783).

One of the most popular, as well as more copious, of American writers of the 19th century was James Fenimore Cooper. He had both notable followers and critics. More than anyone, he told tales of the early American frontier and the land's natives, as well as many stories of the sea, his having served in the U. S. Navy. Some consider him America's first true novelist. For another American touch, Cooper grew up in Cooperstown, New York, named for his father, which today is famous as the home of Baseball's Hall of Fame. Item 40 is The Writings, published 1895-1900. It consists of 33 volumes and includes a manuscript page bound in. This page comes from Chapter 3 of Oak Openings. This comes from a limited edition of just 63 sets, this being number 48. Harrington describes the set as “The finest edition of Cooper's Writings available.” £15,000 (US $24,450).

Here is a tribute to another, though very different man named “Cooper”: Blinds & Shutters. This Cooper was Michael, a photographer of rock and roll bands, most notably the Rolling Stones. Oddly, his most most famous photo was that of the Beatles, the cover for their Sgt. Pepper album. However, the great volume of his work came from being with the Rolling Stones during the 1960's. Cooper died of an overdose in 1973, with this tribute being published in 1990. The book contains both photographs of Cooper's and interviews with those who knew him. It includes forwards by Mick Jagger and Keith Richards, an introduction from Terry Southern with whom Cooper was closely associated, with Bill Wyman serving as a consultant. It was produced in an edition of 5,000, with copies being signed by different combinations of contributors. This one has been signed by 13 of them, including Wyman, Cooper's son Adam, Allen Ginsburg and Peter Blake. Item 41. £1,750 (US $2,852).