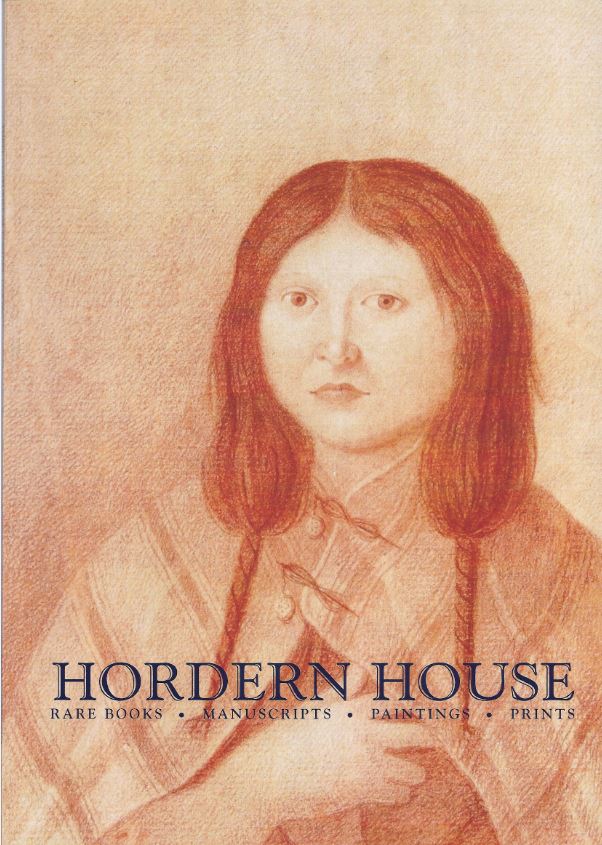 Australian bookseller Hordern House has published a catalogue of Discovery & Exploration 1587-1863. This is a large catalogue though it contains only 24 items. Naturally enough, they are important ones. Extensive descriptions and illustrations are deservedly supplied. While most have some sort of Australian connection, that may be only part of the story. For example, the Kent, England, prison records from the late 18th century are primarily a British item, but the punishment some of the convicts suffered was to be transported to Australia. In those days, Australia was not a popular tourist destination. Indeed, most Australian items before the 19th century are bound to have a European connection as well as an Australian one. Here are some of the antiquarian items Hordern House is offering now.

We start with the book of convicts from Kent Jail, a 51-page folio manuscript in black and red ink, dating from February 17, 1788 to July 20, 1795. This “delivery book” notes the crimes for which the persons were convicted and the punishment meted out. In some cases, the convicted received pardons. At the other end of the spectrum, some were hanged, and in those days, lesser crimes such as theft could lead to such an extreme result. In between were various penalties from fines, to further imprisonment, sometimes in the terrible, crowded hulks – ships that still floated but were no longer seaworthy. And then, of particular interest to Australia, was the sentence of transportation. With prisons overcrowded and some crimes not quite justifying execution, England dealt with its criminal problem by shipping convicts off to Australia, many months away, with the warning of execution if they returned before their sentence was up. Fourteen of the convicts listed herein were recorded as having been “shipt in Lady Juliana.” This was a convict ship for women prisoners, one that has been described as a “floating brothel” at its ports of call along the way. Many of the voyagers had been convicted of prostitution. Over 200 women were shipped to Australia on this voyage. Some were for seemingly minor crimes such as theft of cloth or clothing, for which they were sentenced to death, but which sentences were commuted to transportation. They were needed to produce future generations of settlers in Australia. Item 10. Priced at AU $48,000 (Australian dollars, or approximately $42,752 U.S. dollars).

The young lady on the cover of this catalogue would be about 250 years old now, but in her day, she apparently commanded the attention of some Spanish naval officers. Item 15 consists of two original red chalk portraits by Jose del Pozo Ximenez, circa 1789. Pozo was hired to be an artist on the expedition of Alessandro Malaspina. Malaspina undertook a five-year scientific voyage to the Americas and Far East on behalf of Spain from 1789-1794. They came back with great amounts of information, and the voyage should have been remembered with the greats like those of Cook. Unfortunately, Malaspina got into political trouble back in Spain, was imprisoned for several years, and most of his data suppressed, taking a century and more for much of it to finally come out. These drawings were made fairly early in the voyage when the ships stopped in Patagonia, southern Argentina today. The lady is believed to be one described at length in Malaspina's journal who captivated Spanish officers with her looks and engaging personality. The gentleman is believed to be a chief who was quite tall (though no giant), in keeping with the myth of Patagonian giants. While Malaspina approved of the quality of Pozo's work, he apparently did not appreciate his work ethic, forcing him off the expedition shortly thereafter. Pozo was ordered back to Spain, but ignored the order, settling in Peru for the remainder of his life while founding a painting school in Lima. Item 15. AU $76,000 (US $67,550).