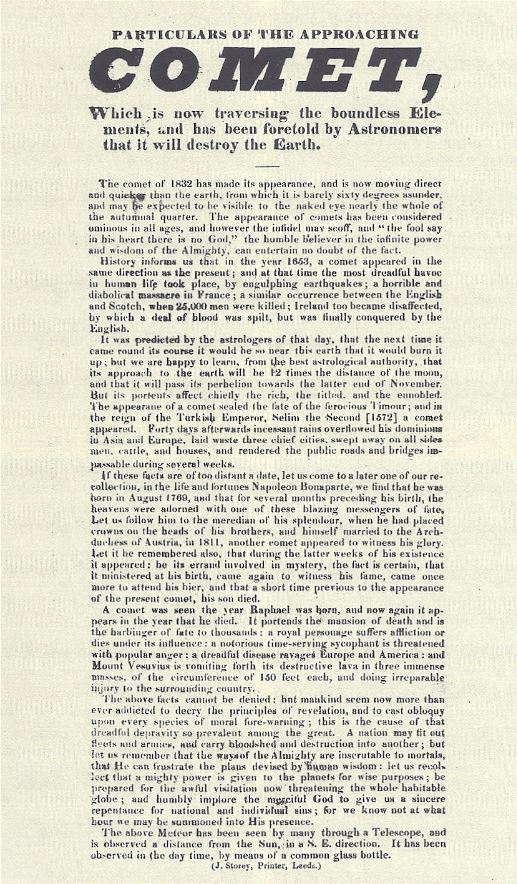 The year 1832 was a long time ago, but one would think people would have known better even then than to believe this nonsense about comets. After all, Halley had recounted his a century earlier. Nonetheless, we have a broadside from that year, attributed only to J. Storey, Printer, Leeds, headed – Particulars of the Approaching Comet, Which is now traversing the boundless Elements, and has been foretold by Astronomers that it will destroy the Earth. No, legitimate astronomers were foretelling no such thing. In the body copy, the author even admits that this comet will pass 12 times the distance from earth as the moon, the result being (for some unknown reason) it would only harm wealthy people. Supposedly, the destruction of the earth was forecast by astronomers after a comet in 1653, which the author informs us killed 25,000 people in England and Scotland and “a horrible and diabolical massacre in France.” Other comets foretold the fall of Napoleon, “sealed the fate” of Turkish Emperor Selim II, the death of Raphael, Mt. Vesuvius, and ravages of disease across Europe and America. “The above facts cannot be denied,” but these are the sorts of things that happen when you ignore revelation. Item 32. £85 (US $136).